Captive chimpanzees can figure out how to use tools to dig for food • Earth.com 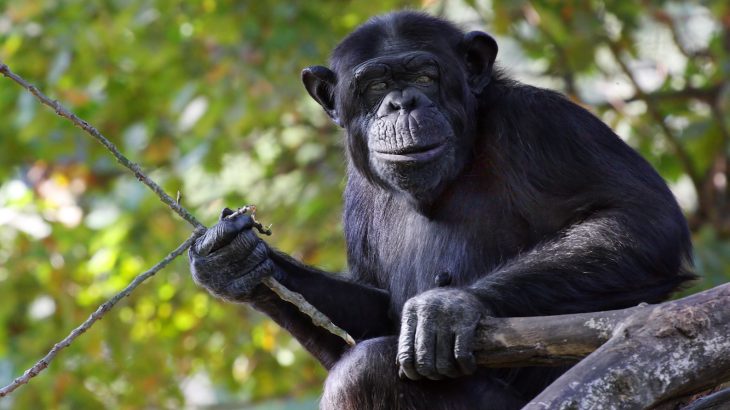 There are many examples of species using tools like sticks and leaves to get food in the animal kingdom. Perhaps most notable is the use of tools among chimpanzees, one of our closest relatives, who have worked out how to make a variety of tools and even weapons.

Jane Goodall was one of the first to observe chimpanzees making and using tools for catching termites in the wild, after it had previously been assumed that tool use was a uniquely human adaptation.

Researchers from the University of Oslo further explored tool use among captive chimpanzees to see how the behavior develops and if chimps can work out how to dig for food using tools without having any previous experience digging for food.

Past studies have found that wild chimpanzees use tools to dig for plant roots and tubers, but the Oslo researchers focused on a colony of ten chimpanzees living in an island enclosure in Norway. 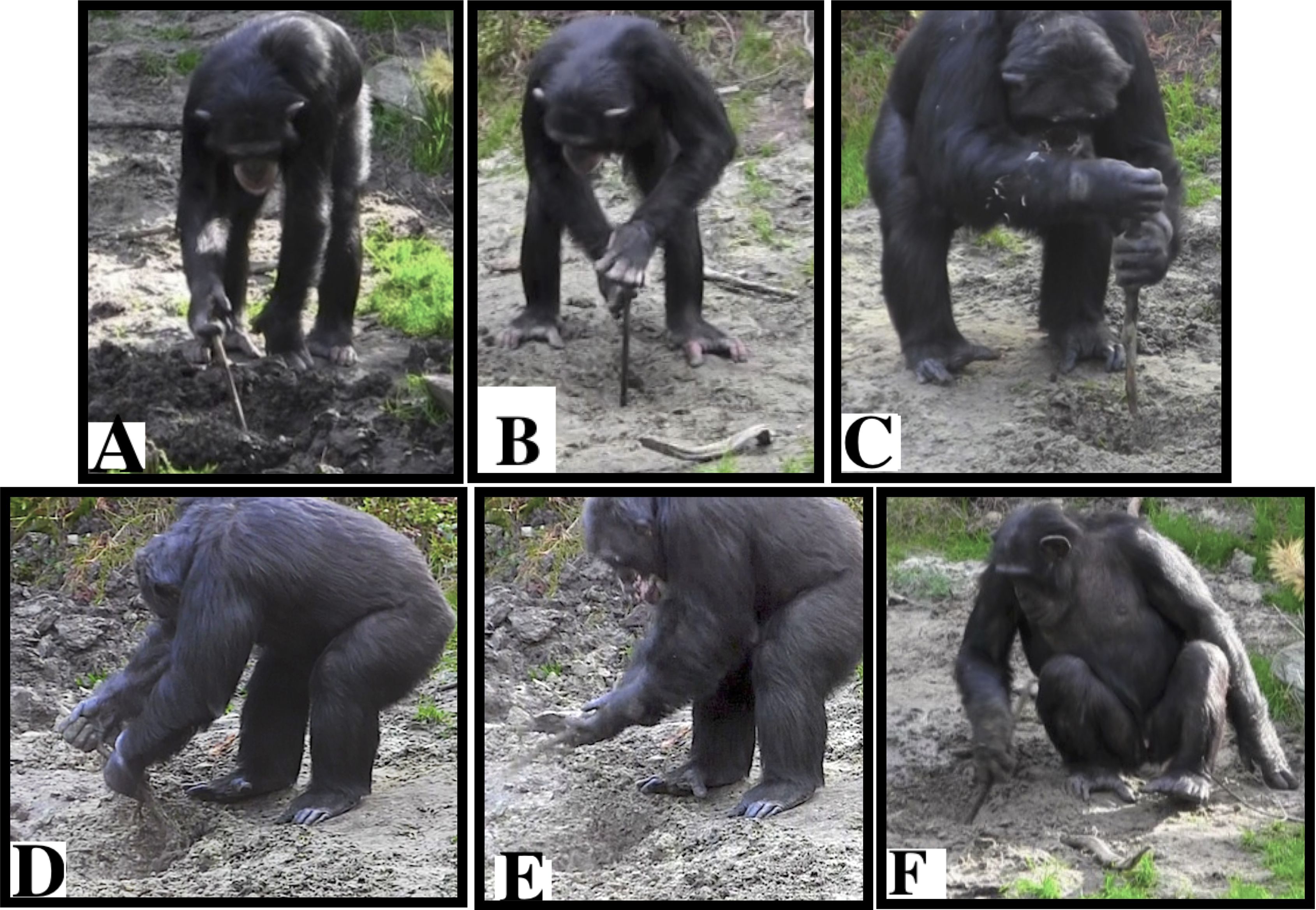 The researchers monitored the chimps, eight of which were born in captivity. None of the chimpanzees had dug for food or exhibited excavating behaviors. To start their experiment, the researchers dug five holes and put fruit in the open holes.

Leaving the holes open allowed the chimpanzees to become accustomed to the new food source.

Next, the researchers filled the holes back up with dirt and provided the captive chimps with sticks and bark. The researchers also put fruit in covered holes but didn’t offer any tools in a later experiment.

After being presented with the same scenario but not having any tools, the chimpanzees went to make their own tools using sticks and vegetation in their enclosure.

The study, published in the journal PLOS ONE, sheds light on how some great apes quickly adapt and learn to use tools to more efficiently find food.