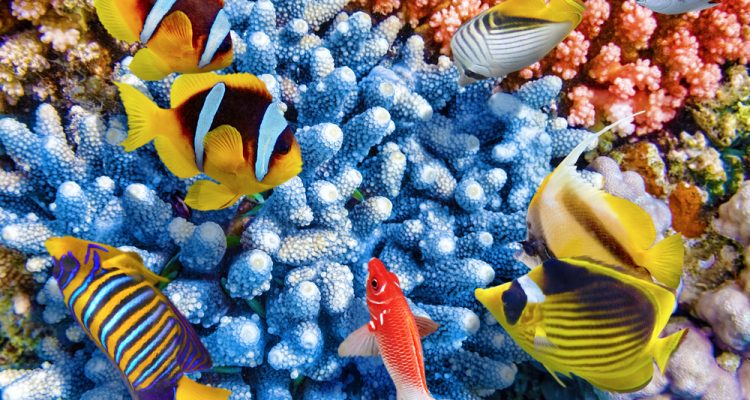 An endangered species of Caribbean coral and microscopic symbiotic algae may go together like peanut butter and jelly, but not because of typical host-symbiont genetics, said researchers from the University of Exeter.

The researchers found that the reef-building coral Orbicella annularis and the single-celled algae Symbiodinium get along so well because of geographical and environmental factors, according to their research published in the Proceedings of the Royal Society B.

The algae colonize tropical corals – not just in the Caribbean but around the world – and produces nutrients for hosts through photosynthesis, the typical biological process that converts light to chemical energy. Orbicella annularis and other corals rely on those nutrients to survive. The symbiotic relationship is necessary for the coral to survive, the scientists discovered.

Coral is vital for a number of reasons. Coral reefs contain some of the most diverse ecosystems on Earth. They also protect shorelines from the brunt of damage from waves and tropical storms, support the fishing industry by providing habitat in which fish breed and live, and provide and help to recycle nutrients for marine life.

While the two organisms need each other, they aren’t drawn together by any genetic factors, the scientists said. Instead, it’s a mutually beneficial relationship based on geography and environment, they found. Symbiodinium is found on several types of coral, and coral species can host a variety of different algae types.

If scientists can determine how and why the symbiotic relationship between Caribbean coral reef and algae formed, they might be able to better protect and restore threatened coral reefs, said Exeter’s Dr. Jamie Stevens, who oversaw the research.

For the report, the research team collected coral and algae by hand from 33 sites across the Caribbean and in the Bahamas.