Museum of the week: Center of Science and Industry in Columbus, Ohio • Earth.com 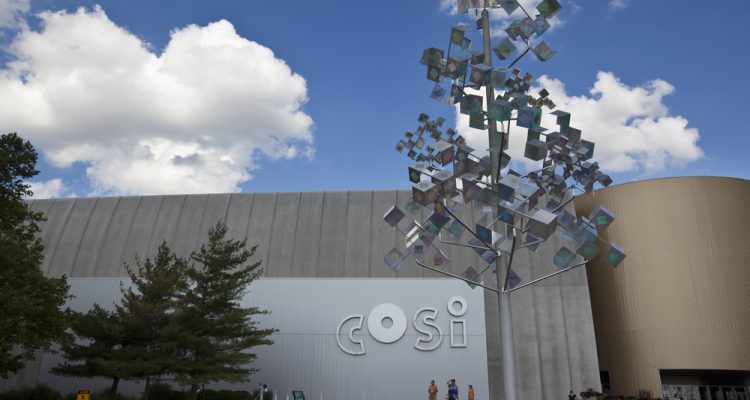 Museum of the week: Center of Science and Industry in Columbus, Ohio

The Center of Science and Industry in Columbus, Ohio, is the place to be if you want to learn more about the world.

At least, some of the brightest minds in the United States think so. MENSA has listed the museum in its top 10 American science museums, and it won a coveted nod as the top family-friendly science center in America from Parents Magazine.

COSI has earned that praise.

“COSI … inspires the scientists, dreamers, and innovators of tomorrow,” the museum declares on its website.

The science center, which first opened in 1964, offers more than 300 hands-on activities. It has partnered with the Columbus community to offer unique attractions like the WOSU@COSI television station; Labs in Life, working research labs created in partnership with Ohio State University and staffed by working scientists and students; and a gallery of Columbus, Ohio’s history sponsored by the Columbus Historical Society.

Full of brightly colored, kid-friendly exhibits, the Center of Science and Industry is located near Genoa Park. That makes it a great option, whether you want to spend the day getting as much use as possible out of a Do-It-All pass, or just spend a few hours with some hands-on fun before or after a picnic lunch.

The Do-It-All ticket is more winter-friendly, of course! It includes all of COSI’s classic exhibits, along with the Planetarium and Motion Simulator. Do-It-All also includes a 3-D movie at the National Geographic Giant Screen Theater.

The Motion Simulator and the Giant Screen Theater both use modern tech to make it feel like you’re in space, under the ocean, or beyond.

Recent showings at the National Geographic theater have included “Journey to the South Pacific” and “Secret Ocean.”

Of course, those are just the extras. It’s COSI’s classic exhibits that have been the heart of the museum for decades.

They’re divided up into areas like Big Science Park, an outdoor lab where visitors learn about basic physics and green engineering; Ocean, where kids can learn about how water works and pilot an underwater ROV; and Space, which has interactive simulator stations where guests can try landing the Space Shuttle.

There’s also the ever-changing line-up of speakers and live shows, as well as special events geared toward certain age groups. Camp COSI is for kids in kindergarten through fifth grade, while COSI After Dark lets legal drinkers explore the museum while enjoying the no-host bar and small plates.

The Center of Science and Industry also offers special programs for educators.

If you’re in the Columbus area, stop by and spend a day with COSI. You’ll have so much fun, you won’t even notice you’re learning.