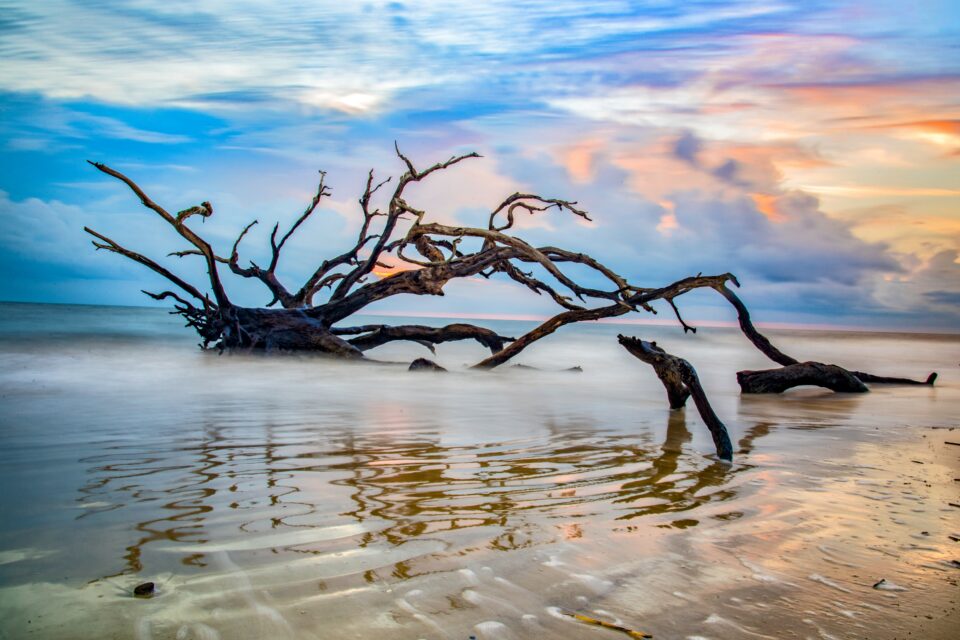 A new study published in the Journal of Geophysical Research: Oceans has found that patterns of Arctic warming and sea ice loss can be determined by tracking the path of frozen trees as they made their way across the Arctic Ocean over the past 500 years.

By dating and tracking pieces of driftwood found on beaches in Svalbard, a Norwegian archipelago from the Arctic circle, scientists managed to determine where these trees floated and to reconstruct the levels of sea ice over time. The experts could also derive the patterns of currents that propelled the driftwood.

The Arctic Ocean collects trees that fall into high-latitude rivers from North America and Eurasia. When the temperatures were very low, some of these trees were frozen in the sea ice, which floated across the ocean until reaching Svalbard’s shores.

In the summers of 2016 and 2018, an international team of scientists gathered driftwood from several beaches in northern Svalbard, and analyzed them in the laboratory. The tree ring patterns of each driftwood piece were compared to a database of measured rings of trees from the boreal forests. This procedure helped scientists trace trees to specific countries, watersheds, or even rivers and determine how driftwood sources varied over time.

“This is the first time driftwood has been used to look at large-scale changes in Arctic sea ice dynamics and circulation patterns,” said study lead author Georgia Hole, a geoscientist at the University of Oxford.

By pairing driftwood data with early sea ice observations from 1600 to 1850, as well as more recent sea ice data collected from airplane and satellite imagery, the researchers revealed a slow but steady northward migration of the lowest-latitude sea ice, reflecting a gradual ocean warming and loss of sea ice.

“We also saw an increase in variability in the driftwood record from 1700 to 1850, which we interpret as increased variability in sea ice,” said Hole. Since colder climates are correlated with more sea ice, earlier driftwood reflected a wider range of sources. As the ocean warmed up and sea ice melted, less driftwood could make that journey.

Although this technique offers a reliable and nuanced way of understanding past sea ice conditions, if the Arctic continues to warm and will finally lose its ice altogether, such methods of investigation will not be available anymore.

“It’s such a fragile system. If the sea ice does decline as predicted, then this will kind of be a dying field,” Hole concluded.