Changes in floodplain increase the risk of waterborne disease • Earth.com 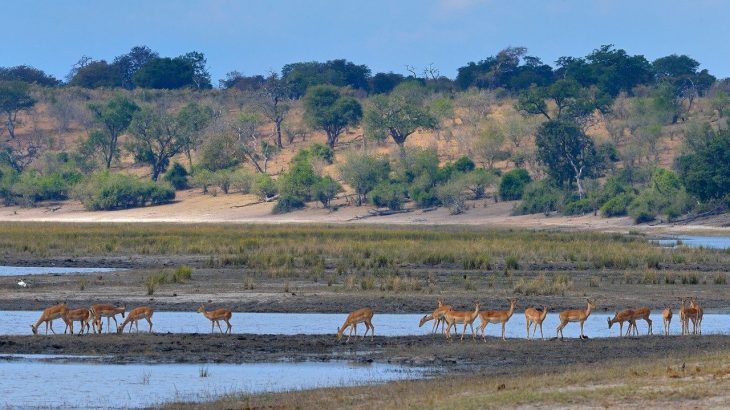 Changes in floodplain increase the risk of waterborne disease

Diarrheal disease is the second-leading cause of death in children under the age of five and roughly 525,000 children die of the disease every year, according to the World Health Organization.

The inability to access safe drinking water is one of the biggest drivers of diarrheal disease and it’s most common in developing countries.

Researchers from Virginia Tech and Columbia University recently conducted a study examining the role of floods in diarrheal outbreaks in populations that depend on the Chobe River floodplain system in Botswana.

Even though many communities along the Chobe River floodplain system have water treatment facilities, diarrheal disease still spreads through populations in a somewhat regular pattern.

This led the researchers to wonder if there was any link between flood waters, increases in precipitation and draining water, also known as surface water dynamics, and diarrheal outbreaks.

“It was a fundamental question for me,” said Kathleen Alexander, a leader of the research. “These places are doing everything right, but local populations are still impacted by diarrheal disease. Why does the infrastructure fail to protect these communities, and what can we do to improve public health now and under future environmental conditions?”

Climate change is projected to increase precipitation and flooding and so understanding how surface water dynamics impact the spread of diarrheal disease is crucial for creating better treatment systems.

The study was published in the journal PLOS Medicine.

The Chobe River floodplain system is no stranger to flooding, but its annual floods can vary drastically from year to year and even season to season.

For the study, the researchers reviewed decades of data from ten government health facilities in Botswana and analyzed outbreak patterns of diarrheal disease across eight communities along the Chobe River.

Not surprisingly, the researchers found that cases of the disease were more frequent during periods of rainfall. However, the researchers also noticed a link between diarrheal disease cases and flood recession.

A one-meter drop in the river height during the dry season correlated with a 16.7 increase in cases in children.

“What this tells us is that environmental conditions drive diarrheal disease — not just the number of diarrhea cases and timing of outbreaks but also who is affected and what type of diarrhea might occur,” said Alexander.

The researchers theorize that the reason current treatment facilities are failing to prevent outbreaks is that the variability in flood dynamics and surface water conditions along the Chobe River.

“There is an urgent need to evaluate water infrastructure and ensure these systems are able to handle rapid shifts in surface water quality.”
—