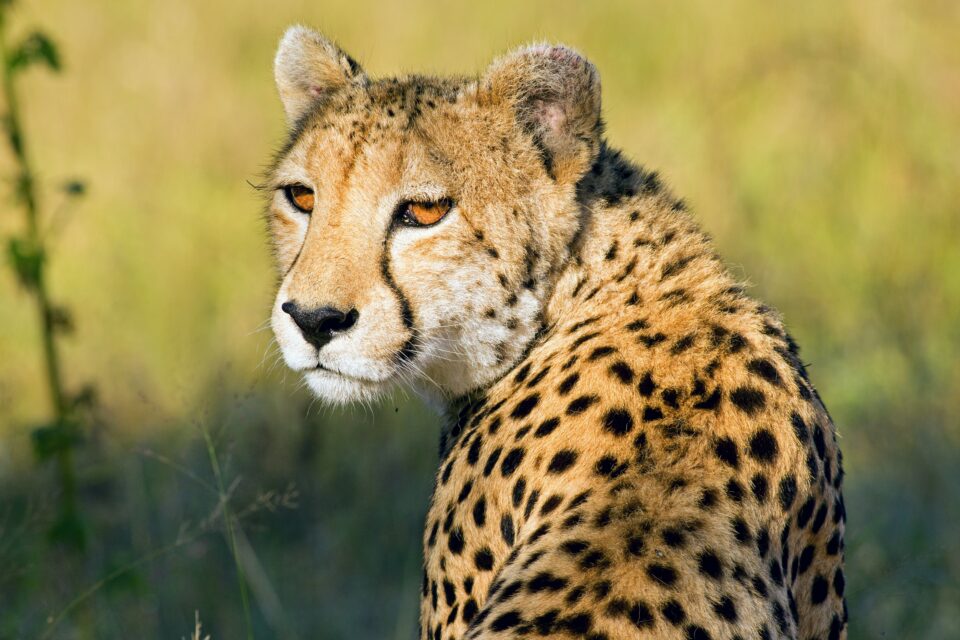 A large number of mammals use scent marks, urine, or scats to communicate with each other. Through this method, they leave, receive, or exchange information about territory ownership, reproductive receptiveness, health status, or diet. However, whether and how this type of olfactory communication is also used by other species than the one having placed the mark is still poorly understood.

Over the 65-day survey period, 29 species of mammals visited the cheetah marking and the control trees. While there was a higher diversity of species at the cheetah trees, most species visited the trees just a few times. For the purposes of this study, the researchers focused only on species that visited, sniffed, or marked the trees at least 20 times. In this subset, 13 species visited, nine species sniffed, and one species left information at the trees.

“Small carnivore species might visit cheetah marking trees to assess when cheetahs last visited the area and/or to feed on undigested prey remains in cheetah scats,” said study lead author Sarah Edwards, a postdoctoral researcher in Wildlife Management at IZW. “Warthogs on the other hand are omnivores and opportunistic scavengers, so they might also feed on undigested prey remains in cheetah scats. Additionally, warthogs are the only species that left olfactory information and did this at the same frequency at cheetah marking and control trees. This suggests that warthogs use large trees as sites for their own communication.”

Until now, interspecific communication has mainly been described between predators and prey or between carnivorous species, and often involved prey animals sniffing at marking from predators. This study suggests that scent markings can have a wider variety of purposes and can be used by various mammalian species to gain important information from other species.

“Thus, it is likely that mammals maintain communication networks across species,” concluded study senior authors Bettina Wachter and Joerg Melzheimer, two experts in Evolutionary Ecology at IZW. “These networks might be laid out along cheetah marking trees and also along communication locations of other species, such as latrines of brown hyenas or spotted hyenas. Investigations on the interspecific communication of various species in different populations and ecosystems will likely uncover more details on the complexities of communication networks,” they concluded.

The study is published in the journal Mammalian Biology.