Exploring how a chest strike can kill or save • Earth.com 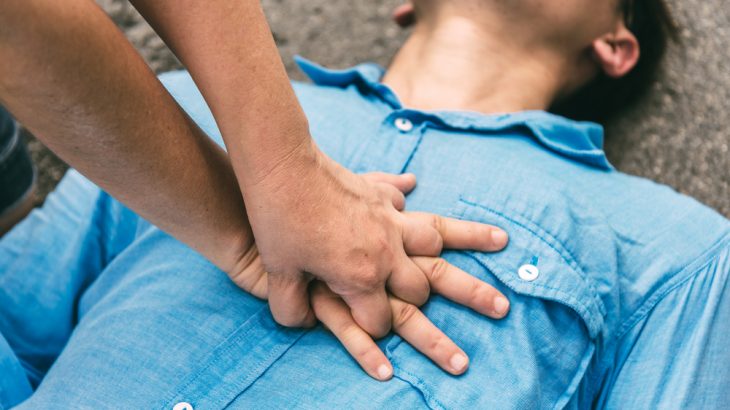 Exploring how a chest strike can kill or save

A hefty chest strike can have wildly different outcomes. In some cases – such as when a baseball player is hit by a ball – it can lead to death. But a well-timed blow to the chest can also reset a potentially fatal racing heart.

Researchers from the University of Bern wondered why, and set out with colleagues from the École Polytechnique Fédérale de Lausanne to find the answer.

While scientists have long known that a chest strike can strain the heart muscle, they weren’t sure why or how hitting the chest could have such different outcomes. They suspected it could be connected to electro-mechanical signals that tell the heart when to contract or beat.

“The potentially fatal effects of blows to the chest are believed to be the result of rapid strains that adversely interfere with the transmission of electrical impulses thereby causing disruption of the heartbeat,” said Dr. Stephan Rohr of the University of Bern, who initiated the study.

So the team of scientists worked together to create an experimental device that would allow them to study how bioengineered heart tissue reacts to sudden stress – mimicking how a real heart might react to a sudden chest strike. The device let them study how such a sudden strain affects the electrophysiological response of heart muscle.

“The carbon electrodes create the strain in the cardiac tissue and the gold ones measure the cellular electrophysiological response,” said Dr. Herbert Shea of EPFL, a co-author of the study.

The team used rat cardiac cells for their research.

The device was able to generate strains of 10 to 12 percent, similar to a heartbeat, but at much faster speeds than normal heart function. That allowed the team to mimic the effects of a chest strike.

But what they found was surprising. The sudden strains had very little effect on the heart tissue’s electro-mechanical response. In other words, a fatal chest strike doesn’t seem to interrupt the heart’s electrical signals as the researchers suspected.

“That means that we need to look into other possible explanations of what exactly happens during a deadly blow to the chest,” Rohr said.

The team plans to test how connective tissues surrounding the heart muscle react to similar strains.