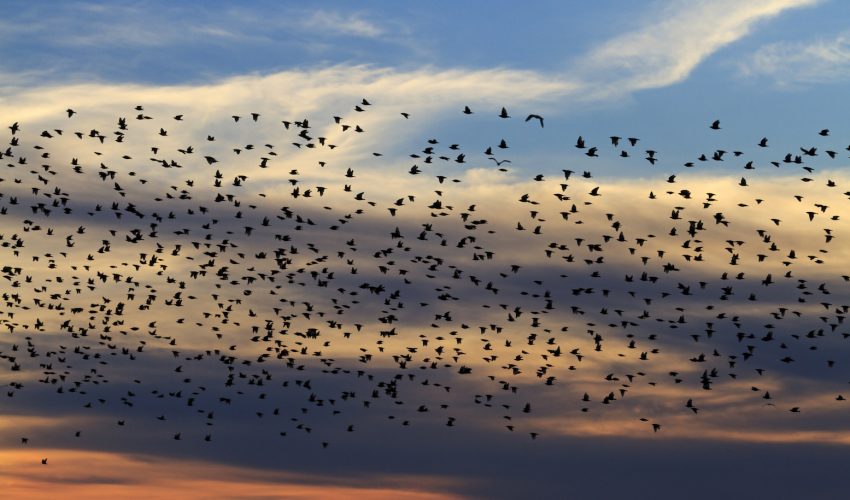 Climate change is interfering with the delicate seasonal clocks of North American songbirds, which could threaten their survival, a new study says.

Birds leaving their winter homes in Central and South America for the north need to arrive in time to take advantage of the early-season boom in insects that emerge with springtime plant growth.

But in many regions, warming temperatures are triggering plants to begin their growth earlier or later than normal, disturbing biological cycles and seasonal clocks, according to the study published in Scientific Reports.

“It’s like ‘Silent Spring,’ but with a more elusive culprit,” said Stephen Mayor, a postdoctoral researcher with the Florida Museum of Natural History at the University of Florida and first author of the study. “We’re seeing spring-like conditions well before birds arrive. The growing mismatch means fewer birds are likely to survive, reproduce and return the following year. These are birds people are used to seeing and hearing in their backyards.”

A multi-institutional team led by Mayor analyzed data from satellites and citizen scientists to determine how quickly the interval between spring plant growth and the arrival of 48 songbird species across North America changed from 2001 to 2012. The researchers found the gap lengthened by more than a half a day per year across all species on average, a rate of five days per decade. However, for some species, the mismatch is growing at double or triple that rate.

As climate change shifts the timing of when plants put out new leaves – a temperature-driven process known as green-up – migrating birds become more likely to reach breeding grounds when temperatures are still frigid and food is scarce or after insect numbers have begun to dwindle.

The researchers found green-up is beginning earlier in eastern North America and later in the West. Birds that breed primarily in eastern temperate forests tended to lag behind green-up while species that breed in western forests reached breeding grounds too early.

Most of the species studied adjusted their arrival dates,but  the study suggests the rate of change could be outpacing their efforts.

The next phase of the research will be to o determine whether population numbers of bird species that are not adapting to the shift in green-up are falling.

“The natural world is very complex,” Mayor said. “When you kick it with a big change by altering the climate, different parts of that natural world respond in different ways. We’re just beginning to understand the consequences of this grand unnatural experiment.”