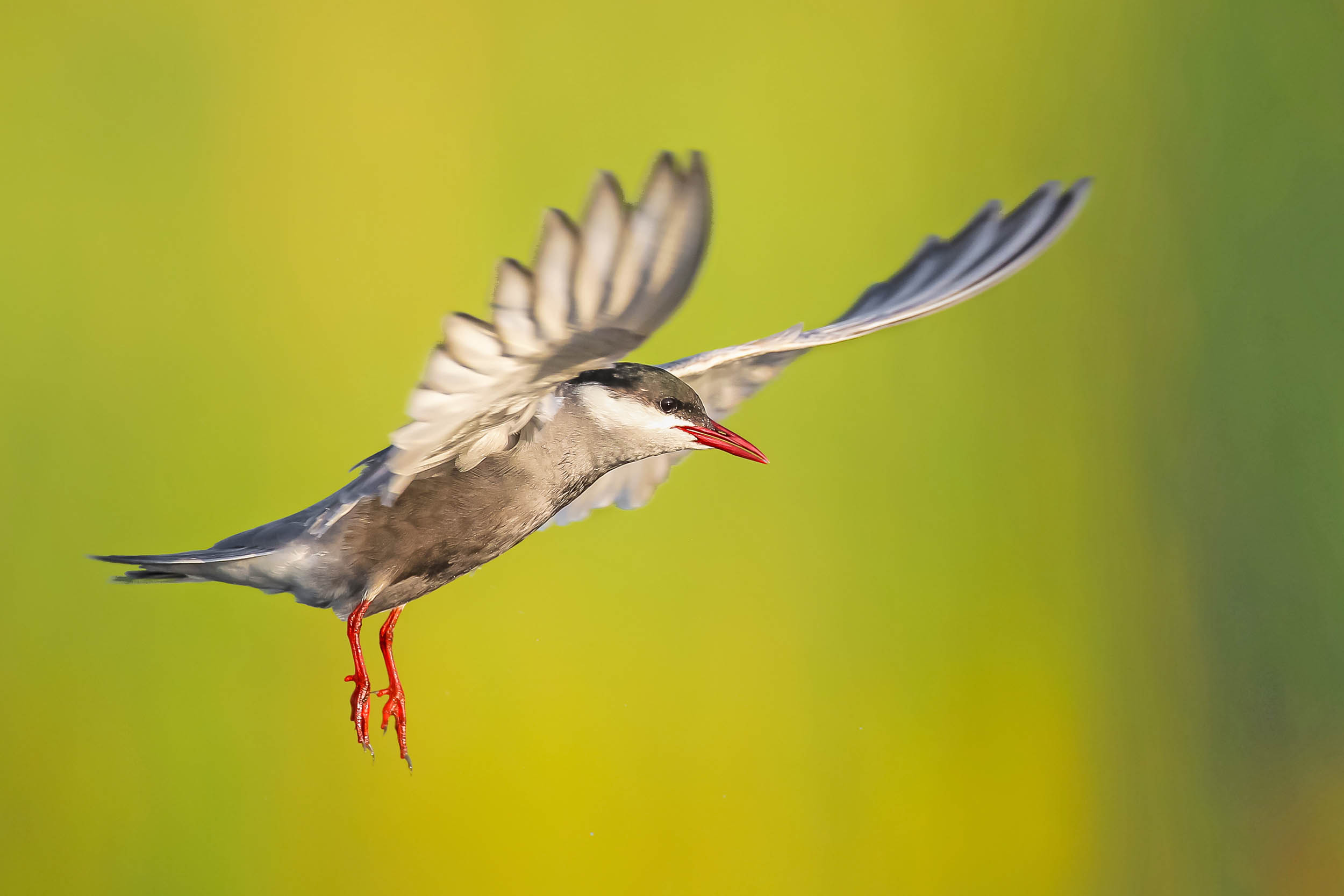 Climate change is driving some birds 1000 miles north to nest

WCS reported today that in the late summer of 2016, a WCS field team led by Dr. Trevor Haynes monitored Caspian tern chicks through to fledging in Cape Krusenstern National Monument in Alaska. This discovery of Caspian terns breeding above the Arctic Circle in the Chukchi Sea is nearly 1,000 miles farther north than previously recorded – a strikingly large jump in the range of nesting for this (or any) species.

Rapid range expansions in the Arctic are largely being driven by climate change. The arrival of Caspian terns is just one of a suite of profound alterations to the rhythms of this environment being reported by scientists and local residents. There is now less summer sea ice, and a longer snow and ice-free season – simply put, summer conditions now last longer. Therefore, more temperate species can, where possible, opportunistically move north.

Species such as fin and humpback whales are now spending more time in the Arctic, and boreal species such as the red fox and brown bear now interact more routinely with their arctic counterparts – the arctic fox and polar bear.

“The challenge for scientists is to help understand the repercussions of these changes– for example, we’ve seen red foxes take over areas previously used by arctic foxes. We don’t know what the repercussions of new colonies of Caspian terns will be on the current resident species, particularly if they gain more of a foot hold and expand their numbers,” says Dr. Martin Robards. Elsewhere there have been critical concerns about predation by Caspian terns on local fish stocks, such as in the Columbia River.

Caspian terns are the largest and most majestic of all tern species and are avid full-body divers for fish. They occur on all continents except Antarctica. Unlike many other species of wildlife, Caspian tern populations appear to have increased in recent years. They were first noted in Alaska in 1981 and were thought to be breeding in Southeast Alaska by 1989. They have gone from being rare occurrences to breeding annually, but only at a handful of locations, and no farther north than Neragon Island in the southern Bering Sea, a thousand miles to the south.

“What we saw this season for Caspian terns is another example of the fragility of the Arctic system,” said Peter Zahler, WCS Regional Director. “New patterns are starting to take hold in an environment that is dynamic and reinventing itself in the context of a new warmer climate. However, the arrivals of new species are mirrored by the challenges for existing ones adapting to new conditions such as walrus and polar bear. Adaptation of wildlife and people to new conditions in the Arctic represents one of the most significant challenges for conservationists and local communities, not just in the future but right now. Long-term monitoring efforts that supported this discovery are vital as we continue to monitor changes in the Arctic and develop tools to support adaptation planning for both wildlife and people.”

The discovery of Caspian terns nesting in the high Arctic was made possible through a partnership led by the National Park Service’s Inventory and Monitoring Program efforts to monitor long-term change in Cape Krusenstern National Monument, and the Wildlife Conservation Society’s interest in coastal conservation in the Arctic.