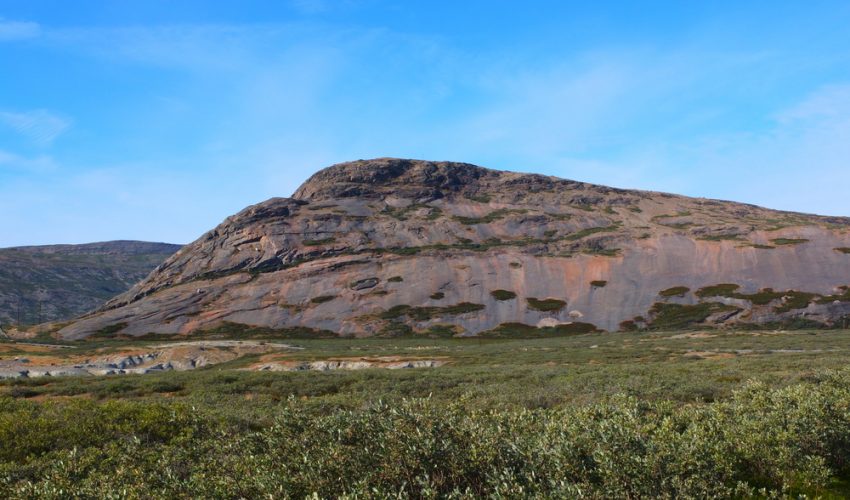 In Greenland, nature’s clock has gone haywire. Some plants are sprouting or emerging from winter dormancy far earlier than they should. Others are showing up later than usual.

According to biologists and polar ecologists from the University of California, Davis, the early spring that is speeding up or short-circuiting plants’ biological clocks seems to be connected to Earth’s changing climate.

“Monthly Arctic-wide sea ice extent was a significant predictor of emergence timing in 10 of 14 species,” the new study found.

It’s not just affecting plants, but also the species that depend on them for food, the scientists said.

Caribou in Greenland head into the low Arctic at the same time each year, in early spring, to forage for food. They rely on new growth, which is more nutritious, for the vitamins and energy they need to birth healthy calves.

When they eat plants that have been green for longer, they’re not as healthy, the Davis researchers said. Fewer calves are born, and fewer calves survive to adulthood, they said.

Over the past several years, which have seen record high temperatures and rapid loss of sea ice in the Arctic, the researchers have documented plants emerging much earlier or later than usual. For example, one sedge species begins its spring growth nearly a month earlier than it did a decade ago, the scientists said.

“When we started studying this, I never would have imagined we’d be talking about a 26-day per decade rate of advance,” lead author Dr. Eric Post said in a press release. Post has studied the Arctic for more than 25 years. “That’s almost an entire growing season. That’s an eye-opening rate of change.”

Not every plant has been affected. One willow species still buds at about the same time each year, and a dwarf birch species has only shifted by a few days.

However, the shifting of nature’s clock for some species is a trend scientists can’t ignore.

“Think of it as going from something like a Picasso painting that blurs before your eyes and reorganizes into some kind of Dali landscape,” Post said. “You can see the pieces are still there, but the way they’re organized in relation to each other doesn’t look like what it used to be, and you wonder, ‘What am I looking at now and what does that mean for how it all works together?’”

The Davis researchers are working with colleagues to study how else warmer temperatures and ice loss may be affecting Arctic species.

The study was published in the journal Biology Letters. It was funded by the National Science Foundation and the National Geographic Committee for Research and Exploration.