A warming climate will limit the amount of CO2 that plants can absorb • Earth.com 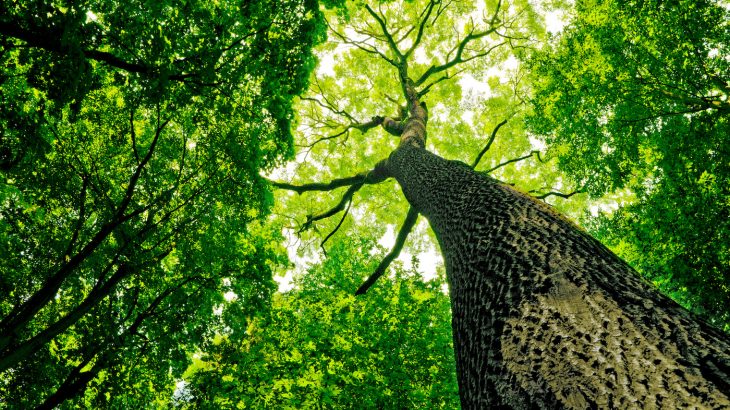 Plants depend on carbon dioxide to grow, and the exchange of CO2 and oxygen that occurs during photosynthesis has given some reason to hope that plant growth may help counter the increases in global greenhouse gas emissions.

But a new study led by Columbia University and published in the journal Nature shows that the environmental stress of climate change is actually causing plants and soil to absorb less CO2 than normal.

“We have this image of the planet getting very, very green as we move into the future,” Pierre Gentine, a co-author of the study told the New York Times which reported on the findings. “But it may be the opposite.”

The world’s plant life and soils absorb around 25 percent of human-emitted greenhouse gasses, providing an important buffer against the snowball effect of climate change.

As atmospheric greenhouse gas levels increase, as will temperatures and sea level, and extreme weather events will become more frequent.

During long bouts of warm and dry weather, researchers have noticed that atmospheric emissions increase because plants and soil are unable to uptake as much CO2 during droughts.

For this study, the researchers used data from four different Earth climate models as well as satellite data to project how climate change will impact future rates of plant and soil carbon storage during extreme droughts and unpredictable patterns of precipitation.

The researchers found that future droughts will limit photosynthesis and reduce the amount of CO2 absorbed into the soils. While plants can catch up and take in more CO2 during wetter years, the amount will never balance out to what was lost during the dry years.

“Our results emphasize that the capacity of continents to act as a future carbon sink critically depends on the nonlinear response of carbon fluxes to soil moisture and on land-atmosphere interactions,” the researchers wrote. “This suggests that the increasing trend in carbon uptake rate may not be sustained past the middle of the century and could result in accelerated atmospheric CO2 growth.”