Counting fish just got a whole lot easier thanks to hydroacoustics • Earth.com 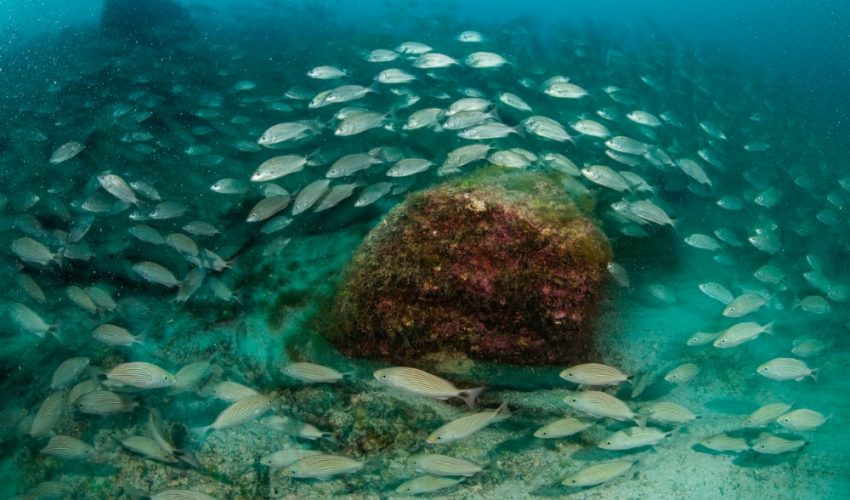 Counting fish just got a whole lot easier thanks to hydroacoustics

Counting fish and other species in marine protected areas has long been a chore. But a new method for using hydroacoustics may have made things a lot easier for marine biologists monitoring sea life populations.

An international team of researchers  – including scientists from the Scripps Institution of Oceanography based at the University of California, San Diego – tested a new method of using hydroacoustics to measure fish populations inside and outside of Mexico’s Cabo Pulmo National Park.

The researchers found that the number of fish inside the park’s protected areas was four times higher than outside. They also found that the new hydroacoustic method for counting fish is more cost-effective than traditional tools.

“Managers and authorities in many countries spend a lot of financial resources assessing marine protected areas,” study co-author Dr. Octavio Aburto said in a press release. “The results of this paper demonstrate that it is possible to use acoustic technologies to generate information about marine resources inside MPAs in a faster and less expensive way, reducing the costs for governments in ocean conservation.”

Scripps marine biologists have been monitoring the fish populations at Cabo Pulmo since 2002. The marine protected area was created after fishermen requested protections for their waters in 1995. In the past, counting fish in the MPA required a visual census by scuba divers.

The new method uses hydroacoustic equipment mounted on boats. The equipment was used to scan the water in columns and rows, creating images of schools of fish.

“Both hydroacoustics and marine protected areas are well-established but it is novel to use the former to assess the latter,” said lead author Dr. Jack Egerton, then a researcher at Bangor University in Wales, who now works at the University of Texas. “Through this, we have been able to see how important the Cabo Pulmo National Park is for fish populations in the area.”

The method does have downsides, however. The hydroacoustic method can only return approximate data on fish size and weight, and cannot return species-specific data.

The study has been published in the journal Scientific Reports. The study was funded by the National Science Foundation, David and Lucile Packard Foundation, the Baja Coastal Institute, the International Community Foundation and the Helmsley Charitable Trust.