Finding a cure for the common cold • Earth.com 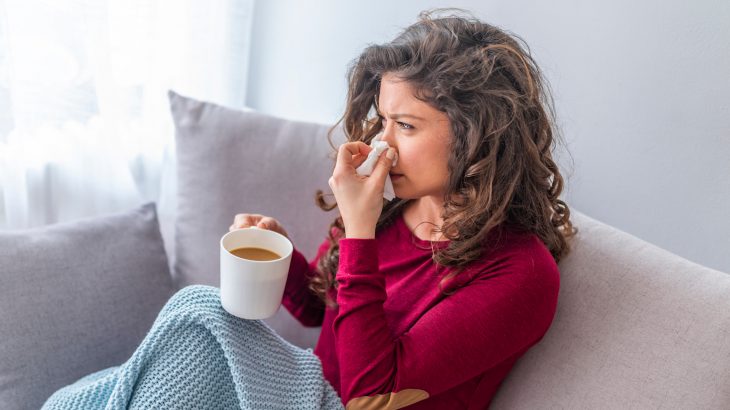 Finding a cure for the common cold

With all the advancements made in disease prevention and medicine, it’s hard to believe that science has yet to find a cure for the common cold.

There are vaccines for viruses like smallpox and polio. Every year during flu season you probably see plenty of reminders to get a flu shot at your local clinic or pharmacy, but no such shot exists for a cold.

Researchers from Stanford University and the University of California-San Francisco have identified a single protein in our cells that could be the key to stopping a cold virus dead in its tracks.

“Our grandmas have always been asking us, ‘If you’re so smart, why haven’t you come up with a cure for the common cold?’” said Jan Carette, Ph.D., a senior author of the study. “Now we have a new way to do that.”

Colds are viral infections that affect the upper respiratory systems. In the United States, the common cold costs the economy around $40 billion a year.

Trying to find a cure for a cold is like looking for a needle in the haystack as nearly half of all colds are caused by mutation-prone rhinoviruses, and there are around 160 known types of rhinovirus. This is why you might find yourself catching multiple colds throughout the year.

For this study, the researchers discovered that disabling a protein in human and mice cells stops rhinoviruses from replicating. Enteroviruses like rhinovirus depend on this protein. Other diseases associated with enteroviruses include asthma and encephalitis.

The researchers had a cultured set of human cells that enteroviruses could infect, and gene editing was used to randomly disable a gene in the cultures.

The cells were then infected with RV-C15 cells, which aggravates asthma in children and EV-C68 virus cells.

Some of the cells survived, and the researchers identified one gene that when disabled, stopped the viruses from replicating. The gene encodes an enzyme called SETD3.

The researchers tested SETD3 by infecting a culture of human cells lacking the enzyme with poliovirus, three types of rhinovirus, and several other enteroviruses. None of the viruses were able to replicate without the enzyme.

Bioengineered mice that were SETD3 deficient also grew up healthy and fertile but were immune to viral infections.

“This gives us hope that we can develop a drug with broad antiviral activity against not only the common cold but maybe all enteroviruses, without even disturbing SETD3’s regular function in our cells,” said Carette.

The study was published in the journal Nature Microbiology.