How delaying meals can help reset your body clock • Earth.com 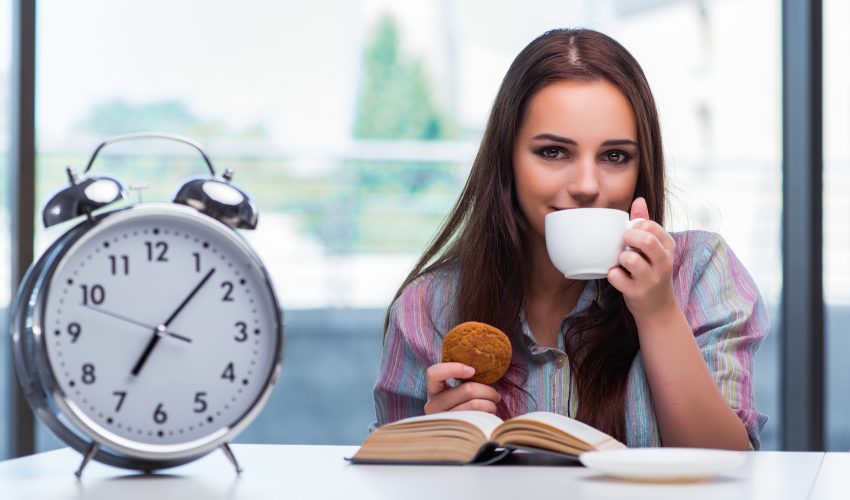 How delaying meals can help reset your body clock

“A 5-hour delay in meal times causes a 5-hour delay in our internal blood sugar rhythms,” said Jonathan Johnston of the University of Surrey. “We think this is due to changes in clocks in our metabolic tissues, but not the ‘master’ clock in the brain.”

The findings may help people who travel or have circadian rhythm disorders to reset and re-sync their internal clocks.

In the new study, Johnston and colleagues enrolled 10 healthy young men in a 13-day lab experiment. The men ate three meals at 5-hour intervals. All meals had the same calorie and macronutrient content.

Each participant started with a meal time set to 30 minutes after waking, and then, after getting used to eating early, they switched to a meal served 5 hours later for 6 days. After completing each meal schedule, the men underwent 37 hours of a specialized laboratory routine that measured their internal circadian rhythms. The routine included dim lighting, small hourly snacks, limited physical activity, and no sleep.

“We anticipated seeing some delays in rhythms after the late meals, but the size of the change in blood sugar rhythms was surprising,” Johnston says. “It was also surprising that other metabolic rhythms, including blood insulin and triglyceride, did not change.”

The study also found that the rhythmic expression of a gene known as PER2, which encodes a core body clock component, was delayed in fat tissue by about an hour. The findings show that molecular clocks in people may be regulated by meal times and that those shifts could underpin changes in blood sugar levels.

People who struggle with circadian rhythm disorders, including shift workers and those on long-haul flights, might consider timed meals as part of an overall strategy to help resynchronize their body clocks, the study said.