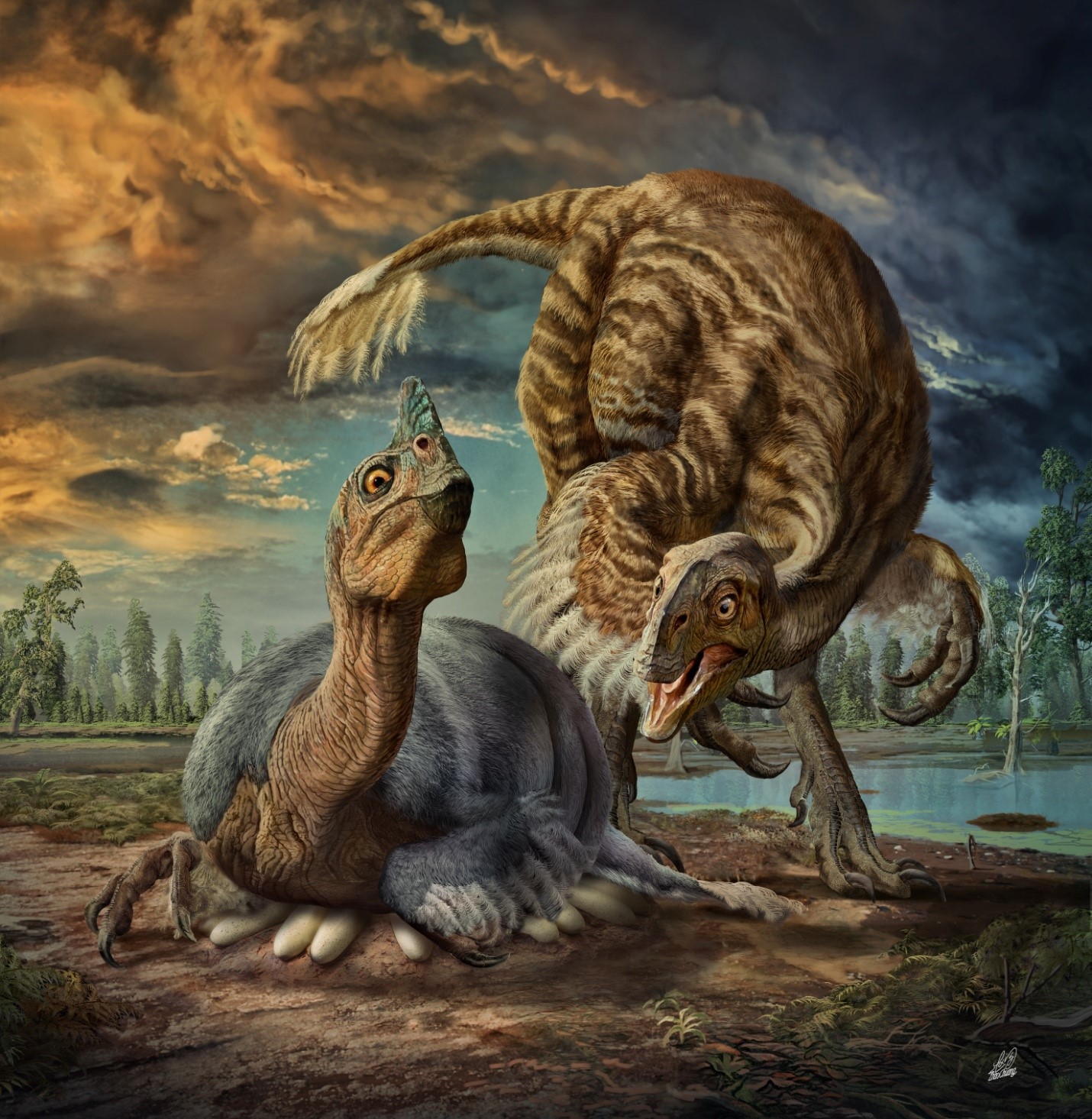 Back in 1993, farmers in the Henan Province of China found fossils of eggs that were up to almost 18 inches long and weighed more than 10 pounds – they would end up being some of the largest dinosaur eggs ever discovered. They were found in a ring-shaped nest that was roughly 2-3 meters in diameter and contained over two dozen eggs.

The fossils were exported out of China to the United States, where they became world renowned after being featured in a 1996 issue of National Geographic. Despite this notoriety, they had yet to be linked to a species or even given a name, until now…

Recently, the eggs were returned to China and kept at the Henan Geological Museum. Due to this repatriation, an international team of scientists were finally able to study them.

“This particular fossil was outside the country for over 20 years and its return to China finally allowed us to properly study the specimen and name a new dinosaur species, Beibeilong sinensis or baby dragon from China.” says Professor Lü Junchang, a paleontologist at the Institute of Geology, Chinese Academy of Geological Sciences.

By studying the bones of an embryo that had died while hatching, the researchers found that this was a new species of oviraptorosar – a type of feathered, wing-bearing, beaked dinosaur that is closely related to birds. Bones of an adult have yet to be discovered, but scientists believe a mature Beibeilong sinensis would be about 16 feet long and weigh in at 3 tons.

“Thanks to this fossil, we now know that these eggs were laid by a gigantic oviraptorosaur, a dinosaur that would have looked a lot like an overgrown cassowary. It would have been a sight to behold with a three ton animal like this sitting on its nest of eggs,” says Dr. Darla Zelenitzky, a professor at the University of Calgary.

The species is believed to have lived around 90 million years ago during the Cretaceous Period, and is the largest known dinosaur to have sat on its nest and cared for its young.

More information on this exciting dinosaur species can be found in the journal Nature Communications.