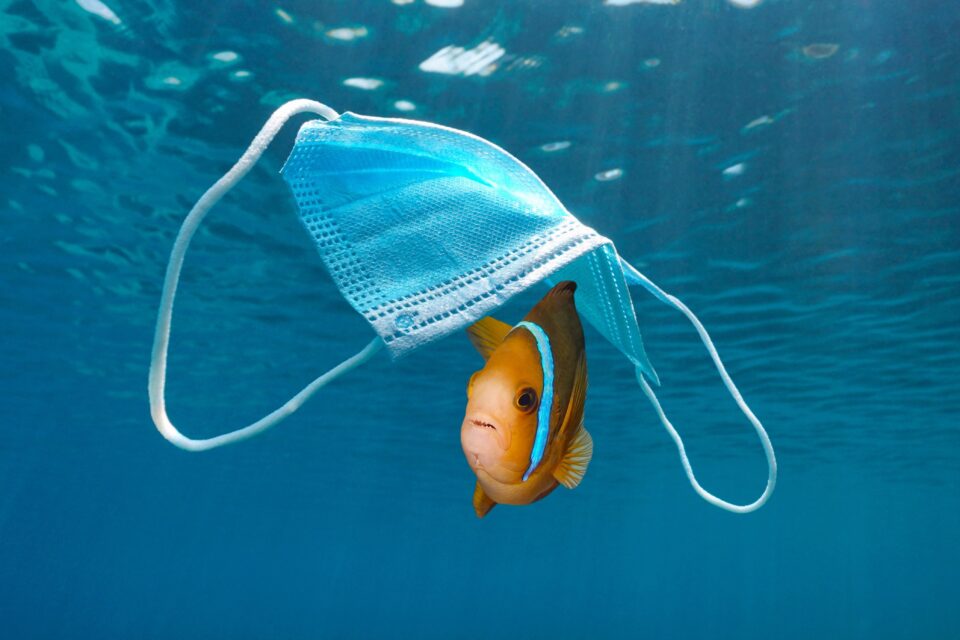 After noticing an increase in the number of disposal masks littering rocky pools, an international team of researchers became interested in learning how masks and their chemicals are affecting marine life. It is already known that polypropylene, a type of plastic found in masks, has detrimental effects on aquatic animals.

The researchers observed the behavior of three small crustaceans – blue mussels (Mytilus edulis), sea snails (Littorina littorea), and copepods – in the presence of masks and compared this to their normal behavior.

When put into a simulated rocky environment with mask fragments, scientists noticed that mussels were 40 percent more likely to cluster together, a behavior typically observed when confronted with a threat which is also used to measure stress in the species. The experts believe mussels are using their osphradium (a sensory organ) to detect the chemicals released by the masks and aggregate together as a result.

Marine snails were also affected. Although they did not avoid the mask or the mask fragments, they did exhibit stress when they crawled on them and preferred not to crawl over them. Furthermore, the chemicals from the masks seemed to make them less alert, which means they might be more likely to suffer predation.

The study also suggests that copepod reproduction is affected by mask chemicals. Male copepods found it more challenging to detect female pheromones, which meant they were less likely to find females and mate with them.

“We’re seeing more and more masks in rocky pools,” said Laurent Seuront, a marine ecologist at the French Centre National de la Recherche Scientifique. “This could cascade up the food chain and up to us.”

The research will be presented by Seuront at the 2022 Ocean Sciences Meeting, which will be held online. The meeting brings together researchers from the American Geophysical Union, the Association for the Sciences of Limnology and Oceanography, and The Oceanography Society.