Dogs get more separation anxiety when left with another animal • Earth.com 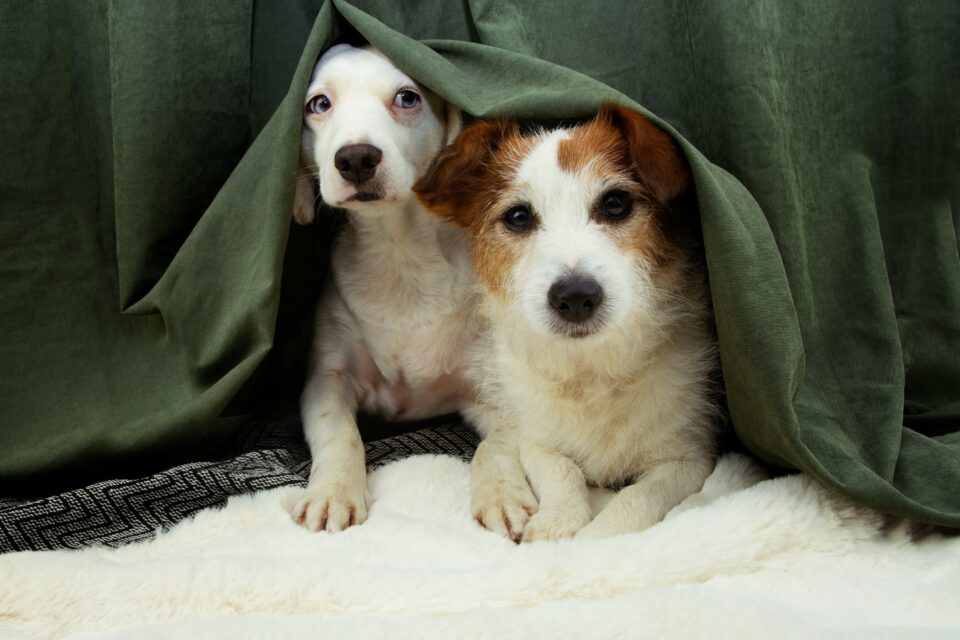 Dogs get more separation anxiety when left with another animal

With lockdowns being lifted in many parts of the world, a large number of dogs left home alone by their owners face psychological problems such as separation anxiety.

While it may seem that dogs who are left home with other canine companions would feel less lonely and anxious, a new study led by the Academy for Animal Naturopathy in Dürnten, Switzerland has found that the opposite is usually true. Dogs appear to be even more anxious when left home with other dogs.

“Many dogs are left alone at home by their owners for several hours on a daily basis. This practice is known to be a possible source of complication in dog keeping. Behaviorists and veterinarians are frequently consulted due to excessive vocalizations, destructive behavior and house-soiling of dogs left alone by their owners,” explained the study authors.

“These observations are thought to be symptoms of a disorder which most authors refer to as separation anxiety or separation related behavior.”

“It’s a common misconception – and often given as poor advice – that a dog with separation-related anxiety will fare better and show fewer stress responses if another dog is added to the household,” said Natalie Waran, a professor of Animal Welfare at the Eastern Institute of Technology in New Zealand.

“This doesn’t address the underlying problem for the dog with separation anxiety, and it often results in another dog showing anxious or excitable behavior. The key is to understand the causes of problem behavior to be able to manage or treat those effectively.”

Further research is needed in order to better understand the reasons why separation anxiety appears to be stronger in multi-dog households and to open therapeutic pathways for pets struggling with emotional issues.

The study is published in the journal Applied Animal Behavior Science.