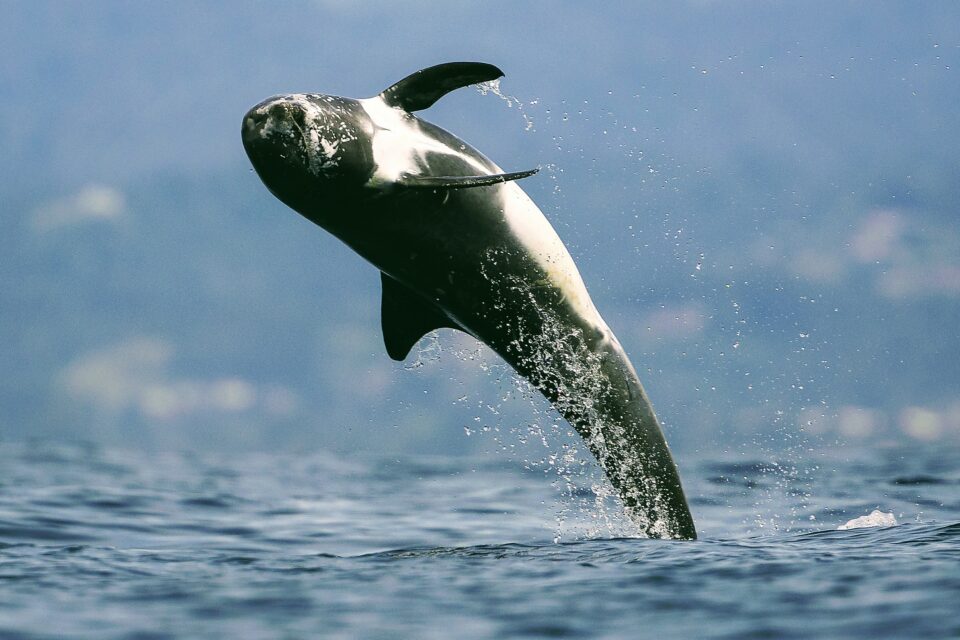 A new study has found that Risso’s dolphins perform a rapid sprint coupled with a spin when starting a dive, although this highly energetic movement makes them consume much more energy than normal, slower dives. According to the scientists, the dolphins use this spin dive in order to find prey that resides deeper than 300 meters under the ocean surface.

The research team analyzed data of over 250 dives recorded on biologging devices that they temporarily attached to seven dolphins, using suction-cups. “Our expectation was that these dives were foraging dives, to hunt squids,” said study lead author Fleur Visser, a researcher at the Institute for Biodiversity and Ecosystem Dynamics at the University of Amsterdam, and the NIOZ Royal Netherlands Institute for Sea Research.

“But at first we did not understand the purpose and why Risso’s dolphins would spend so much sprinting energy at the start of a dive.”

According to Visser and her colleagues, the sprint-and-spin movements before a dive make it possible for the dolphins to reach a great depth in a short period of time. Since they are air-breathing predators and have a limited time that they can spend at the depth, such movements are essential, enabling them to reach deep prey much faster and find more prey once they reached their desired depth.

The deep scattering layer in which the Risso dolphins hunt migrates up and down through the water column during each day, with prey hiding in layers over 300 meters deep during daytime, and emerging closer to the surface at dusk. The dolphins have adapted different hunting strategies depending upon the location of their prey.

“We were amazed by the stark contrast between when a spin and non-spin foraging dive is used. It is like flicking a switch,” said Visser. “And related to that, the really clear tracing of a prey layer, and having multiple strategies to hunt in it, depending on its depth.

“The Risso’s dolphins have adapted to be able to effectively hunt deep, next to shallow, circumventing the predator-avoidance strategy of their squid prey.”

Further studies are needed to better understand which types of prey the dolphins are hunting in deeper and shallower waters.