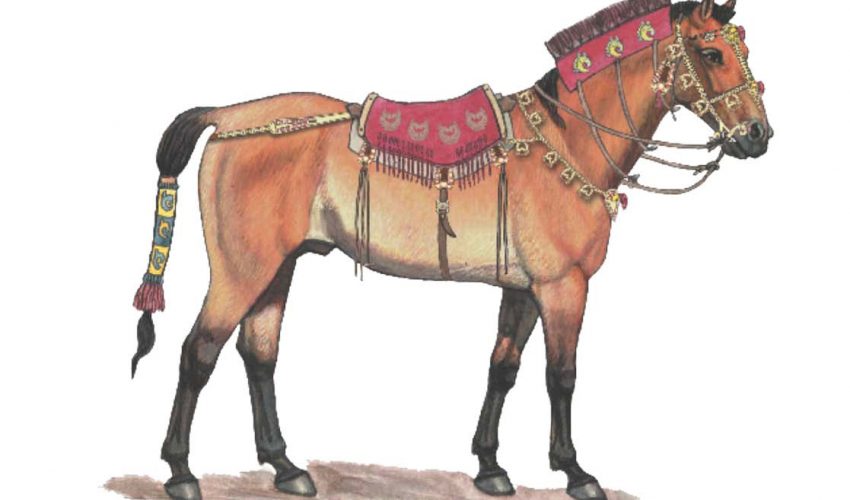 The domestication of wild horses is believed to have been started by the Botai culture in the Kazakh steppe around 5,500 years ago, allowing our ancestors to advance agriculture and transportation methods before any sort of engine was ever produced.

Researcher Pablo Librado and his team analyzed the genomes of 14 ancient domesticated horse fossils, ranging from 2,300 to 4,100 years old.  Previously, this genome examination was extremely difficult due to the lack of well-preserved, ancient horse fossils from around this time period.

Their study of these genomes revealed the apparent selective pressures that domestication put on these animals, as well as showed a relatively recent decrease in their genetic diversity. The selective pressure caused by breeders long ago ultimately resulted in broader forelimbs, enriched development of carpal bones, and a wider range of coat colors.

Furthermore, the researchers found a genetic mutation that is associated with muscle hypertrophy – the increase in muscle size due to increase in cell size – and short-distance sprint performance. This finding should make sense, as breeders would have likely preferred stronger, faster horses. The ancient horse genomes also revealed humans’ appetite for horse milk, as gene variants connected to increased lactation were found in the (female) animals that were studied.

Previously, it was thought that domesticated horses originated from a small group of individuals. But the research team found a significant Y chromosomal diversity, which suggests that a wide variety of stallions were related to the first domesticated horses.

The final revelation from this study was that the large amount of harmful mutations in present-day horses is probably not a result of early domestication, but rather occurred from more recent breeding in the last 2,000 years.