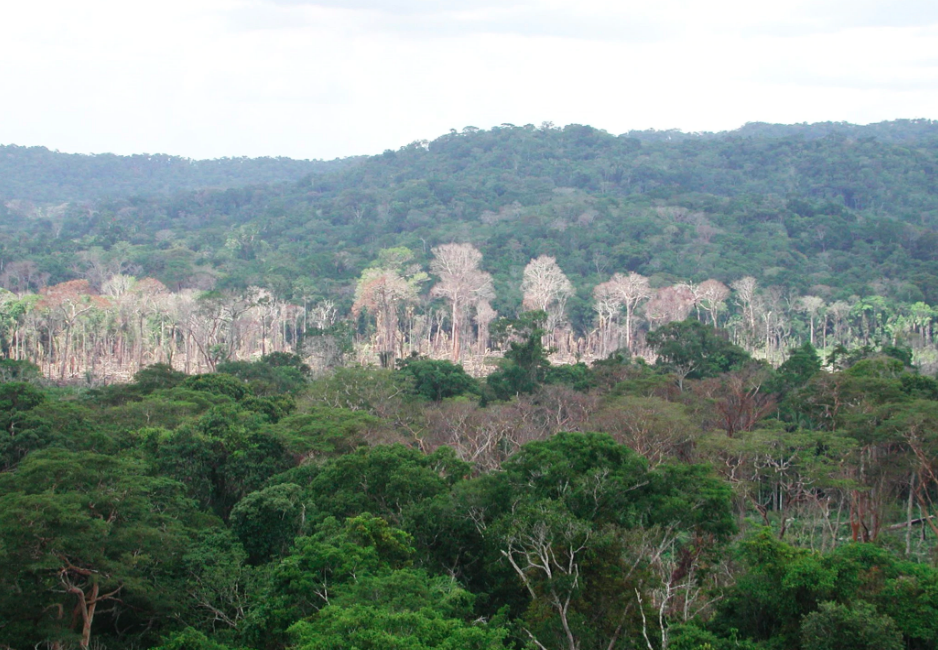 Researchers now have a better idea of the scope and magnitude of how drought impacts the Amazon rainforest, one of the world’s most important carbon sinks.

Finding evidence of drought in the short term is not hard, vegetation tends to dry up and turn brown, trees lose their leaves, and dried out vegetation dies off.

But what about years following a drought when precipitation levels return to normal? How do you gauge recovery and drought legacy for something as massive as the Amazon rainforest?

Because of the Amazon’s role as major a carbon sink, storing excess carbon dioxide and limiting the amount of CO2 in the atmosphere, monitoring and understanding the impacts of drought is important for management and conservation.

A new study conducted by researchers from the NASA’s Jet Propulsion Laboratory (JPL) used satellite data to map tree damage and mortality caused by a drought in the Amazon in 2005.

The study, published in the journal Nature, is the first of its kind to calculate the long-term impacts or legacy, of drought in the rainforest.

The Amazon is a natural carbon sink but in 2005, a severe drought caused the Amazon to lose more carbon than it was absorbing, around 270 million metric tons of carbon per year through 2008.

“The old paradigm was that whatever carbon dioxide we put up in [human-caused] emissions, the Amazon would help absorb a major part of it,” said Sassan Saatchi of NASA’s JPL.. “The ecosystem has become so vulnerable to these warming and episodic drought events that it can switch from sink to source depending on the severity and the extent.”

Monitoring drought damage on the ground in specifically designated research sites by measuring tree damage and leaf loss only provides a small sliver of the whole picture.

“The detailed measurements in these sites are extremely important for understanding forest function, but we can never use them to say what this giant ecosystem is doing in a timely fashion,” said Saatchi.

After analyzing the data the researchers calculated the changes in biomass and carbon absorption in the Amazon through the years following the 2005 drought.

The researchers discovered that after a drought, tree loss and leaf loss resulted in declines in the Amazon’s canopy. Some parts of the Amazon showed declines of 35 inches a year after a major drought.

As tree loss increases and the canopy shrinks, this, in turn, impacts precipitation, further aggravating the impacts of drought, drying up more vegetation and increasing carbon emissions.

The researchers say that at its current rate of droughts, the Amazon could dry up with devastating consequences.