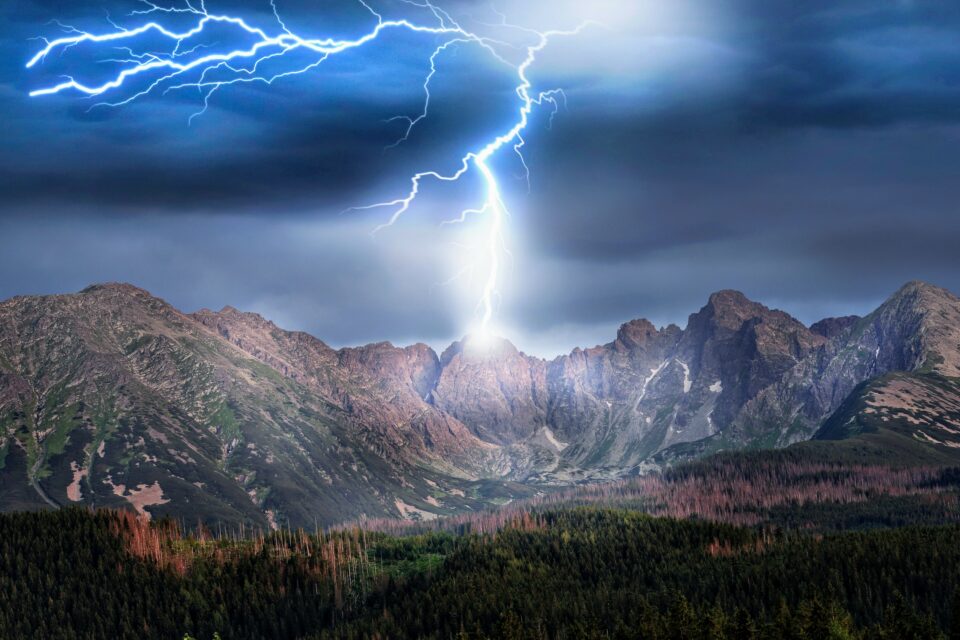 In a new study, researchers from the Washington State University, Vancouver have found that dry lightning outbreaks – which occur with less than 2.5 millimeters of rainfall – are the leading cause of some of the largest wildfires in the history of modern California.

“Wildfires are a growing threat in California as the climate continues to warm. Unlike human-caused fires that originate in a single location, lightning outbreaks can strike multiple locations and start numerous simultaneous wildfires, creating a substantial challenge for fire response,” said study lead author Dmitri Kalashnikov, a PhD student specializing in Climate Extremes at WSU Vancouver.

“This happened recently in 2020 when multiple lightning-caused fires burned nearly one million hectares across this region, and other prominent widespread lightning-caused wildfire outbreaks also occurred in 1987 and 2008.”

Together with his colleagues, Kalashnikov used daily lightning counts from the National Lightning Detection Network and precipitation observations from 1987 to 2020, in combination with analyses of the climatology of dry lightning and associated meteorological conditions during the warm season (May to October), when wildfires are more frequent.

The investigation revealed that moisture and instability high in the atmosphere – above the hotter and drier lower atmosphere – were the key drivers of dry lightning outbreaks in central and northern California. Nearly half (46 percent) of lightning that struck the ground in this period was under dry conditions. Although dry lightning was more likely to occur at higher elevations (greater than 2,000 meters), with activity more concentrated in July and August, the scientists discovered that this pattern usually reverses towards autumn, when lower elevations are struck more frequently. Since natural fuels are drier during this period, there is a larger risk of wildfire outbreaks.

“Understanding the meteorology of dry lightning across this region can inform forecasting of possible wildfire ignitions, helping to better constrain future risk of wildfire ignition in California and can aid fire suppression efforts, as firefighting resources can be strategically pre-positioned in at-risk areas,” concluded co-author Deepti Singh, an assistant professor of Environmental Science at WSU Vancouver.

The study is published in the journal Environmental Research: Climate.