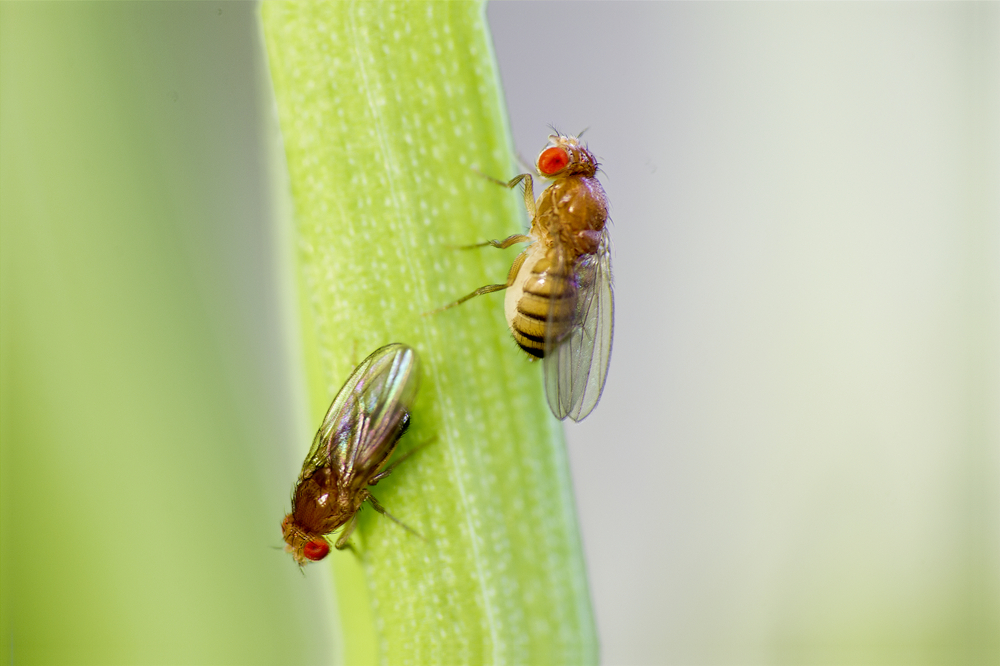 Duplicate genes in fruit flies explain differences between the sexes

In some species, the division between the sexes goes a little farther than socially acceptable clothing choices and who’s supposed to do which chores – thanks in part to duplicate genes.

Among birds, for examples, males often have much brighter and flashier feathers. And fruit fly females of the species Drosophila melanogaster are quite a bit larger than their male counterparts.

Both sexes of the fruit fly species share the same genetic code – but University of Chicago researchers studying D. melanogaster discovered that code contains duplicate genes that are expressed differently in males and females.

“Even though [fruit fly] males and females share nearly all of their genomes, they each have to deal with very distinct selective pressures,” said Nicholas VanKuren, a graduate student and co-author of the study.

The evolutionary paths of male and female D. melanogaster split about 200,000 years ago, the researchers found. The gene – called Artemis in females and Apollo in males, named after the goddess and god from Greek mythology – was close to the same 1.5 million years ago when the species first began to evolve away from its relatives.

Turning off the Apollo gene in females raised their fertility, and turning off the Artemis gene in males had a similar effect, the researchers found.

“The really unexpected result from this study is that despite being so young, these genes rapidly evolved, not only in a way to mitigate the sexual conflict but also to develop essential, sex-specific functions,” VanKuren said in a press release.

All D. melanogaster fruit flies carry both the Apollo and Artemis copies of the gene, but males and females use their copies differently. The gene plays a role in fertility, but researchers aren’t yet sure what the gene’s predecessor may have done.

The evolution of the duplicate genes also moved more quickly than researchers expected.

“All previous discoveries talk about tens of millions of years to evolve sexual functions, so this is dramatic,” co-author Dr. Manyuan Long said.

The look at fruit flies’ duplicate genes shows that even relatively new genes can be essential for the survival of a species, VanKuren said.

The study has been published in the journal Nature Ecology & Evolution.