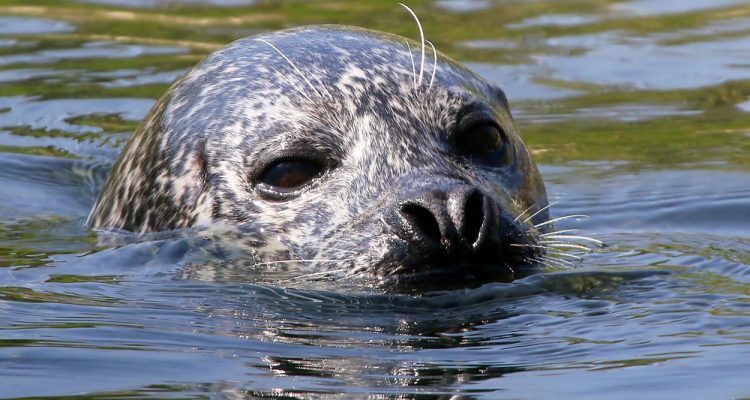 In Scotland, a mysterious illness has led to a depressing sight along the coast: scores of dead or dying seals.

The country’s harbor seals have been dying in droves, with some areas losing up to 90 percent of the marine mammals since 2000. Harbor seal populations in northern Scotland and Orkney have dropped by at least 7,000 in just ten years. In a bid to find out the cause of these deaths, marine biologists fitted the animals with their smartphones – well, tags using smartphone technology. The tags allowed the biologists to follow different groups seals through their daily lives, in hopes of finding the deadly common denominator among them.

Though the seals can’t call in any dangers they face, the biologists can track the water they’re spending time in to see if they’re running with any harmful elements.

The good news? While there’s still a lot of data to examine, the biologists have a prime suspect already: red algae blooms.

The scientists used the GPS data collected by the seals’ tags to map their favorite feeding sites. Water samples taken at the sites show traces of the domoic acid left behind by red algae.

The bad news? Domoic acid is a dangerous neurotoxin. It accumulates in fish that live in areas with red algae blooms and the “red tides” they produce, and when the seals eat the fish, they’re slowly poisoned.

Red tides off of the California coast have led to domoic acid toxicity in sea lions, and scientists there believe that the neurotoxin may be causing memory loss.

However, knowing a potential cause behind the harbor seals’ dwindling numbers can help biologists create new solutions for the problem. For example, scientists are testing treatments for sea lions affected by domoic acid toxicity at the Marine Mammal Center in Sausalito, California.

The Scottish scientists aren’t settled on domoic acid yet. It seems the most likely culprit from early data returned by the tags, but the scientists hope to follow the seal populations for a couple of years to get a better idea of what they’re doing.

The smartphone-style tags were designed by the University of St. Andrews, which partnered with cellphone provider Vodafone to track the initial 10 seals in the study. The tags transmitted GPS data over Vodafone’s network back to the university’s Sea Mammal Research Unit.

The research team at the University of St. Andrews provides updates about the Vodafone study and other seal research at their Harbour Seal Decline Project blog.