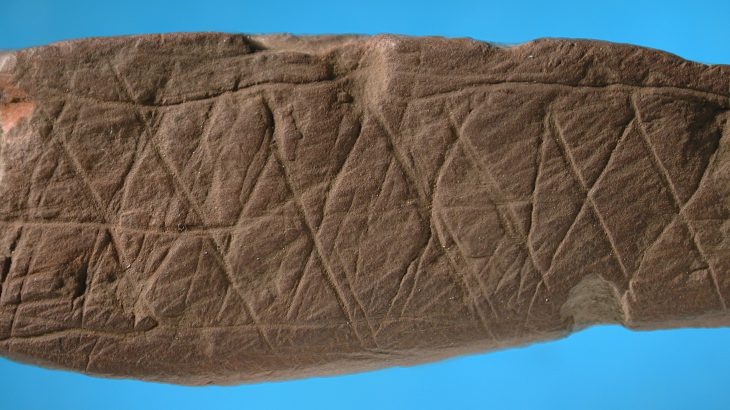 Researchers have uncovered the earliest drawing ever created by a human, predating other artistic endeavors by 30,000 years or more.

The discovery is remarkable for several reasons, as it shows how challenging analyzing early art and drawings can be, and that symbols were used by Homo sapiens much earlier than previously realized all over the world.

If you were to come across a rock fragment with a few lines or scratches in it, you might think it means nothing or that the patterns aren’t man-made. An archaeologist may find an ancient drawing and misinterpret it as having much more meaning than it does.

These are just a few of the challenges that come with analyzing and studying symbols, paintings, and art produced by some of our earliest ancestors.

Researchers from the University of Bordeaux, the University of Toulouse-Jean Jaurès and the French Ministry of Culture recently published a paper in the journal Nature outlining the discovery of the oldest known abstract drawing.

The drawing was made on a piece of siliceous rock with colored clay pigment called ocher that was used as a pencil. The rock was unearthed during an excavation at the Blombos Cave in South Africa. Ocher was used to create a crosshatched pattern of lines on a surface of the rock.

It was previously thought that early symbols were first drawn or painted by humans in Europe 40,000 years ago. However, this new discovery proves that drawings were being created much earlier.

First, however, the researchers had to prove that the drawing was deliberately made. To do this, the researchers analyzed the chemical makeup of the pigments and reproduced the lines with various techniques.

After several different analysis, the researchers were able to confirm that the lines were deliberate and made with ocher that had been formed into a point.

The results point to the earliest known drawing created by humans and the researchers say that it’s very likely the drawing was meant to be used as some sort of symbol.