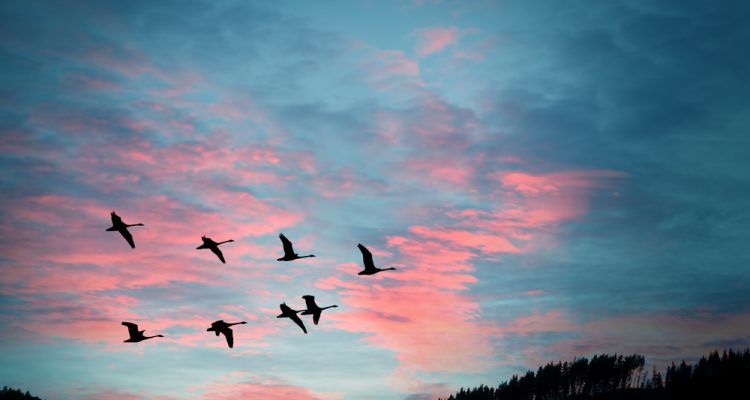 Early birds don't get the worm: warmer weather has birds migrating too soon

Some early birds are taking the warmer climate as a sign it’s time to migrate, and they’re missing out on food because of it, a new study has found.

Biologists and bird experts from the University of Edinburgh have been checking the travel itineraries of hundreds of migrating bird species across five continents. After hearing reports in the birding world of earlier migrations, they began collecting and analyzing data to determine if and how migration patterns are changing.

“On average, avian spring migration times have advanced over time and as spring has become warmer,” the study found.

As the average surface temperature of the planet rises, the birds begin migrating earlier, the researchers discovered. When the mean temperature in a region rises one degree, the birds arrive at their summer breeding grounds a day earlier on average.

However, the feeding conditions at the birds’ summer homes are not changing along with their flight schedules. Even arriving just a couple of days early can mean that birds miss out on the best nesting spots – because they’re not yet available – and the prime wild buffets.

On the flip side, birds that migrate much longer distances are less affected by the temperature changes, the researchers found. That means they now arrive behind everyone else – and get crowded out of nesting locations and breeding sites.

That now-late arrival can cut their hatchlings’ chances of survival, as resources are depleted.

Another finding: larger-bodied birds travel earlier than their smaller-bodied cousins. Those early birds may already be large and in charge by the time smaller ones reach the best summer breeding and nesting sites.

While some of the migration changes may be natural fluctuations, the scientists studied data over several years to get a better picture of long-term patterns. They also looked at changes in the birds’ diets and the habitat of their winter roosting locations, but found no changes that corresponded to the earlier migration starts.

The study was published in Journal of Animal Ecology. It was supported by the Natural Environment Research Council.