Earthquake aftermath can cause more devastation than the quake itself • Earth.com 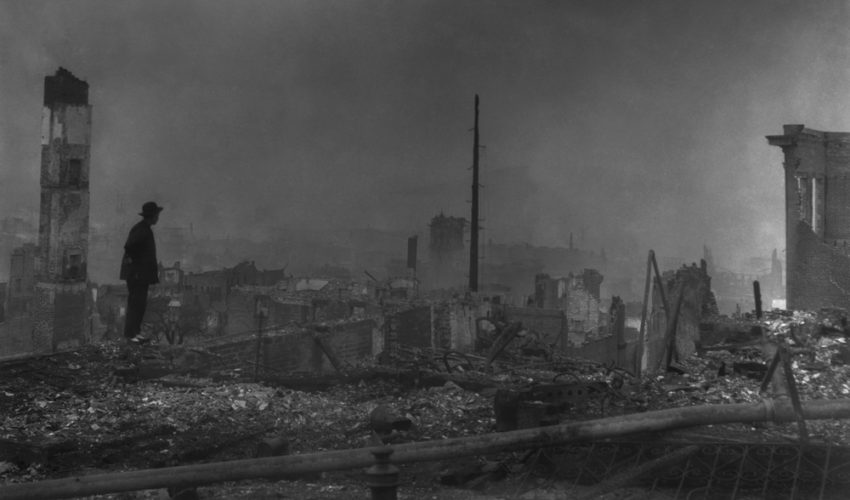 Earthquake aftermath can cause more devastation than the quake itself

Earthquakes can be sudden and terrifying, causing massive amounts of damage. But it’s often the earthquake aftermath – tsunamis, fire, flooding, landslides and more – that is the most devastating, a new study shows.

Secondary disasters in the earthquake aftermath are responsible for a vast number of quake-related deaths, the scientists said.

“Earthquakes have caused over 2.3 million fatalities since 1900 in 2,233 fatal events, with many of these coming through large, infrequent events,” the researchers wrote in their study, published in Frontiers in Built Environment. “In fact, since 1900, 59% of these fatalities have occurred in just 10 events.”

They found that the most destructive earthquakes – and those with the largest loss of life – are often followed by one or more “secondary disasters.” Tsunamis, fires, soil liquefaction, landslides, fault ruptures, flooding and other disasters in an earthquake aftermath can add hundreds or thousands of casualties and millions of dollars of damage, the researchers discovered.

They also examined what they called “tertiary effects,” such as epidemics or starvation caused by infrastructure damage, flooding or other primary and secondary quake-related disasters.

“Tertiary effects could include cascading effects such as the primary effect of an earthquake causing a secondary effect in the form of a tsunami which damages a nuclear power plant, and then a nuclear disaster develops,” they wrote.

Some of the secondary disasters – tsunami and fire, for example – are more likely to contribute to loss of life. Others, such as landslides, are more often financial disasters.

“Quite often for smaller events, landslides deliver a great amount of the clean-up cost, and indeed sectoral losses. Infrastructure, such as roads, is particularly vulnerable to landslides and secondary effects, often causing much of the damage,” the researchers wrote.

The researchers hope that their analysis can help develop better predictive models of what to expect in an earthquake aftermath.

“As improved models for secondary effects of earthquakes continue to be created and better collection of loss statistics occur, the reanalysis of historic events should allow for scenario-based current and future effects of potential earthquake secondary effect cascading events to be analyzed, but also a potential check of the historical impacts,” they wrote.