Are you ready to eat edible bugs? • Earth.com 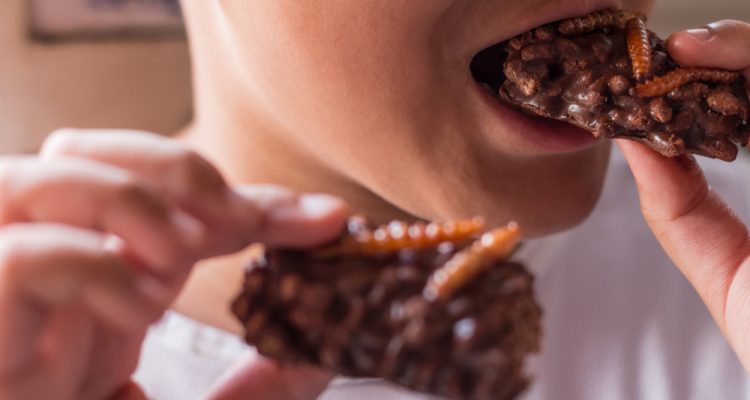 Are you ready to eat edible bugs?

Are you ready to eat edible bugs? The future of fine-dining may center around insect-based cuisine.

Eating bugs sounds like a rock-bottom financial scenario or maybe a nostalgic scene from The Lion King – but, believe it or not, both the scientific and the gastronomic worlds are abuzz about the future of dining.

According to a recent report in the American Chemical Society’s Journal of Agricultural Food and Chemistry, iron levels in grasshoppers and crickets are similar to beef’s. Experts are convinced that bugs are a nutritious and sustainable meat alternative.

Different insect species have varied nutritional benefits. Crickets have far more iron than any other common edible bugs. Grasshoppers and mealworms are rich in calcium, copper, and zinc. Furthermore, when scientists factored in the human digestion process, they found that minerals from these bugs were actually more readily available for digestion than the minerals found in beef.

It’s still a hard sell to get most eaters in Western cultures on board the bug fine-dining train, but over 1,900 insect species are documented as a food source in other parts of the world.

Bugs are not only a source of protein – they are also rich in iron. Iron deficiency is often the largest problem encountered when following a meatless diet, so, in theory, bugs could be a feasible alternative to higher animals.

Bugs got their name because they were widely assumed to be nothing more than a collective nuisance to humans. As it turns out, they may be more useful than anyone has ever thought.