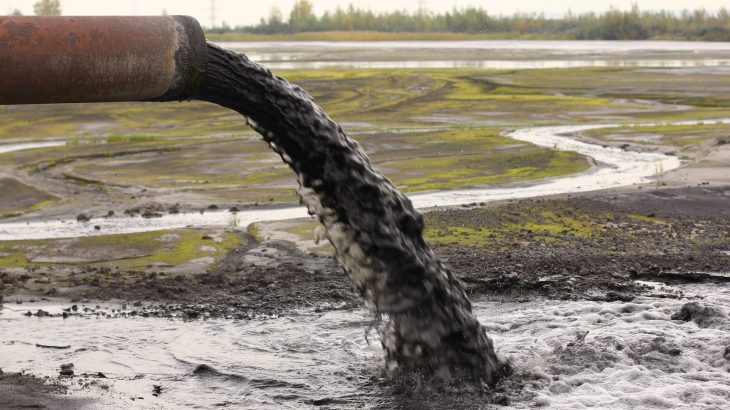 Thinkers such as Dr. Nathan Hare argue that there are different brands of environmentalism varying by the race and background of those involved.  In poorer communities, mainly of people of color, environment is as important as in white communities but the day to day realities are drastically different.  As an article in Mother Jones points out, concepts such as overpopulation are sometimes concerns among people of color, but concerns of overall justice are often more important.

When it comes to overpopulation, there is a history of experiments with eugenics in America that largely hurt communities of color.  The question that comes to mind when a white environmentalist talks about overpopulation is who will be allowed to survive? Only the white?  Only the wealthy? Mother Jones quotes University of Michigan professor Dorceta Taylor who makes the difference between environmental perspectives of whites and people of color more clear:

“It’s just that our lived experiences with environment are different. White people bring their experience to the discussion — that’s why they focus on the birds, trees, plants, and animals, because they don’t have the experience of being barred from parks and beaches. It’s just a different frame. But overall, we want the same thing: safe places to live, work and play, clean spaces and sustainable, long-lasting communities.”

Given the different realities in the lives of many people of color and many white people, it’s not surprising that environmental regulation affects each group differently.  As I reported last year, a more lax Environmental Protection Agency (EPA) is likely to hurt minorities more than whites.  Hispanic and black people are more likely to be exposed to toxic pollutants than white people, even when other factors such as income are taken into account.  Look no further than the horrific Flint Water Crisis which was prompted by a shameful business decision made by a Republican governor that exposed a community that is 57 percent black to toxic drinking water.

The reasons for this disparity is complex and connected to the uglier parts of American history.  To be clear, America was founded by wealthy, white slave owning males and the rest of American society has had to fight hard to get even token recognition by the government.  It is also true that people of color have a harder time finding places to live with the same basic levels of safety others take for granted. It is estimated that if people of color breathed the same amount of NO2 as white counterparts, as many as 5,000 deaths could be prevented.

A previous Earth.com piece elaborates on the problem, citing research showing communities of color are more likely to be in areas exposed to higher traffic air pollution than white communities.  An opinion piece on The Hill equates this day to day reality of how lax environmental regulations hurt minorities as a struggle for survival.

The piece from The Hill emphasizes voting as a weapon to create a livable environment for many people of color.  One of the main problems being of course that voting isn’t always fair. In Florida, Andrew Gillum would have been the state’s first black governor but recently conceded the election, one he lost by a bare 0.4%, according to CNN.

Other parts of the country often unfairly restrict voting with voter ID laws that are shown to target minorities disproportionately, as the Washington Post reported in 2017.  Vox reported that in the recent midterm elections republicans in Georgia and North Dakota benefited from voter restrictions, including voter ID laws.  Arkansas and North Carolina also just approved voter ID laws. In Georgia, the election for governor was especially troubling.

While Republican Brian Kemp ran for governor in Georgia, he maintained his place as Georgia’s Secretary of State, the office overseeing elections in the state.  Kemp’s office purged voter rolls and put 53,000 voter registrations on hold, nearly 70% of which were black. This is in a state that the U.S. Census says has only a 32.2% black population overall and 2.1% population of two or more races.

The Society for Environmental Journalists reported that the now past midterm elections could improve environmental regulations in one way: by changing the consensus of power from one so strongly republican, less anti-environment judges could be confirmed.

The question is in an election that The Hill said, ‘could mean life or death’ for people of color. Was the midterm election enough?  Only time will tell the full consequences of the election just held but there are some small positive notes to be made.

As encouraging as these examples are, it’s clear there’s still a fight for justice and a livable environment happening in the US.  Despite the rhetoric coming from Trump’s White House, the midterm election wasn’t a full repudiation of a Republican Party run by Donald.  The Senate is still controlled by Republicans with a 51 to 47 lead. Meanwhile, Democrats now control The House with a 232 majority to 198 minority.  The main issue is whether more disenfranchised people are actually gaining significant portions of the government in the long term or if this is a short term gain?  If our government can truly be one that fairly represents the needs of the people, we might be able to maintain a livable and hopefully beautiful planet.