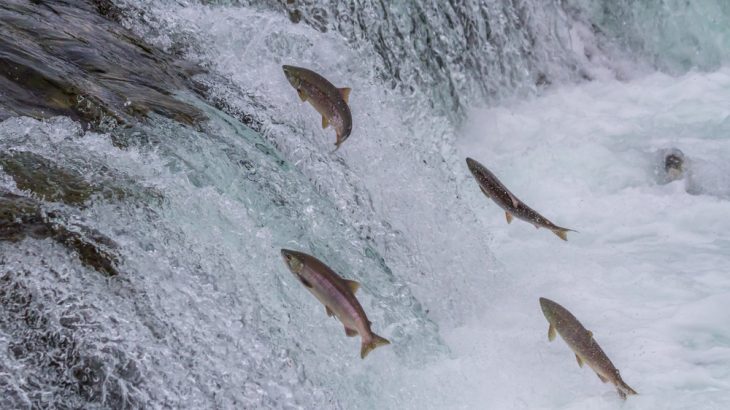 Northern Dynasty Minerals Ltd. has for years sought to move forward with a mining project in Alaska’s Bristol Bay. The U.S. Environmental Protection Agency looked set to oppose the mine under the Clean Water Act.

Then, on July 30, the agency announced it would not block the proposal, which could threaten the Bristol Bay salmon fishery.

Now, agency staffers have told CNN the decision was actually made after Alaska Gov. Mike Dunleavy met with President Donald Trump aboard Air Force One on June 26. Sources within the agency, which CNN did not name, allegedly told the news site that they were informed of the decision on June 27.

The Bristol Bay fishery supports 14,000 jobs that bring in $1.5 billion in revenue each year, according to the Los Angeles Times. The mining project would process 180,000 tons of ore for gold and copper each day, the newspaper reported – a project that would require a 188-mile gas pipeline, a seaport and 77 miles of new roads.

Opponents of the mining proposal – including commercial fishing operations, environmental groups like the Natural Resources Defense Council, and First Nations activists – say that the project will endanger the fishing industry while providing far fewer jobs.

“The EPA’s decision to ignore its own science and risk Bristol Bay’s entire fishing industry is pure politics,” fisherman Alexus Kwachka said in a statement released by Commercial Fishermen for Bristol Bay and printed by the Times. “The Pebble permitting process has been hijacked by an administration that’s willing to cut corners and dismiss the appalling shortcomings and gaps in Pebble’s mine plan.”

Unnamed EPA scientists reportedly told CNN they’d planned to oppose the project before the announcement that the agency would step aside.

“I was dumbfounded,” an unnamed source within the EPA told the news outlet. “We were basically told we weren’t going to examine anything. We were told to get out of the way and just make it happen.”

The EPA’s announcement that it would not block the proposed project in Bristol Bay means that it will move to the U.S. Army Corps of Engineers for consideration. According to the Times, Northern Dynasty’s shares saw a sharp rise following the announcement.

“Finally, this administration has reversed the outrageous federal government overreach inflicted on the state of Alaska by the Obama administration,” Tim Collier, CEO of Northern Dynasty’s U.S. subsidiary, said in a news release.