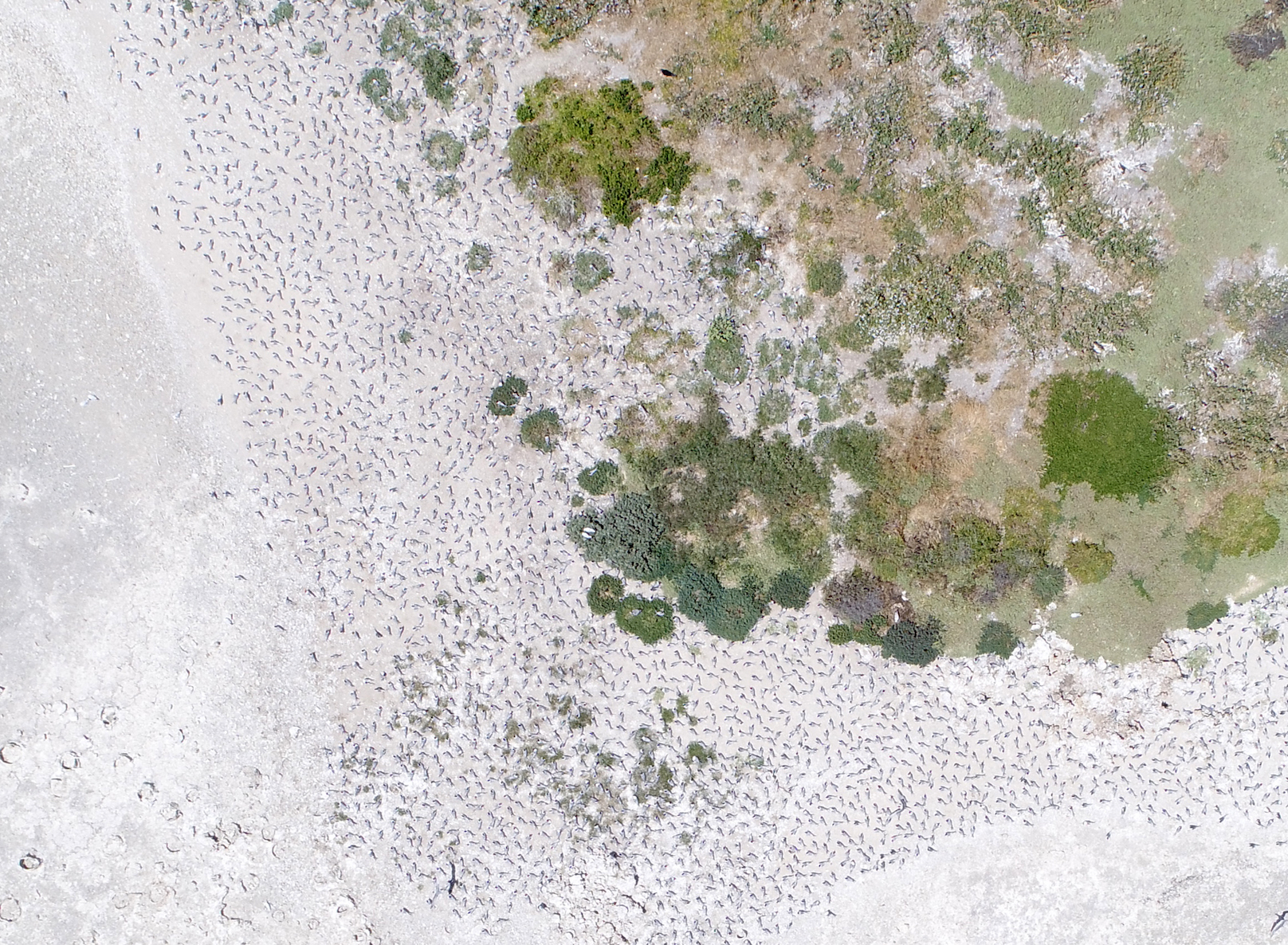 Researchers in Adelaide, Australia set up thousands of lifesize decoy birds on a beach to test who could come up with a more accurate count of the fake birds: drones or expert wildlife spotters.

For conservationists, biologists, and researchers, coming up with accurate population counts is crucial to wildlife monitoring.

Researchers from the University of Adelaide wanted to explore the accuracy of drones used to monitor wildlife, so they set up the decoy test, also known as the #EpicDuckChallenge.

Drones are becoming increasingly popular in conservation, says the study, which was published in the journal Methods in Ecology and Evolution.

“For a few years now, drones have been used to monitor different animals that can be seen from above, including elephants, seals, and nesting birds,” said Jarrod Hodgson the study’s lead author. “But, until now, the accuracy of using drones to count wildlife was unclear.”

The results show that drones and algorithms that count animal populations are more accurate than other traditional monitoring methods.

Expert wildlife spotters were asked to count the birds using binoculars and telescopes from the ground while overhead a drone took pictures of the colonies.

Citizen scientists tallied the birds in the drone imagery, and these numbers were compared to the final count that the ground spotters had come up with. It turns out that drone imagery produced a more accurate count.

The researchers then created a computer algorithm to count the birds using the drone imagery to see if its calculations would be just as accurate, which it was.

The results are exciting for wildlife monitoring efforts and the researchers are hopeful that their study could help produce accurate population numbers for a wide array of species.

“With so many animals across the world facing extinction, our need for accurate wildlife data has never been greater,” said Hodgson. “Accurate monitoring can detect small changes in animal numbers. That is important because if we had to wait for a big shift in those numbers to notice the decline, it might be too late to conserve a threatened species.”