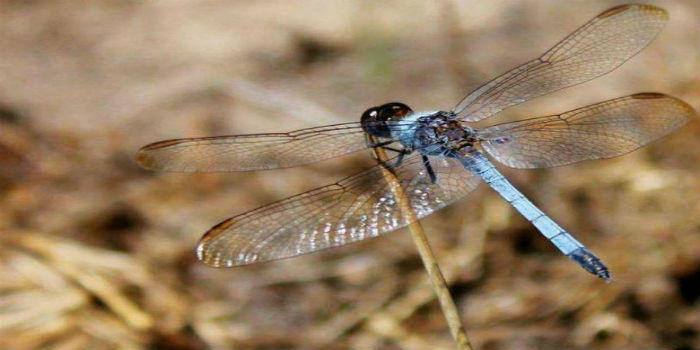 Meet Erythrodiplax ana the Brazilian Dragonfly, whose unique traits set her apart from other species.

Researchers have found a new species of dragonfly in Brazil named Erythrodiplax ana.

The researchers compared the blue dragonfly’s morphology from 2011 to 2014 along with 57 other species in the same genus to confirm it was indeed a new species.

“The discovery is important . . . because of . . . where the species was found,” said Dr. Rhainer Guillermo Ferreira, the first author of the article and assistant professor at the Federal University of São Carlos’s Center for Biological & Health Sciences (CCBS-UFSCar). “The nature reserve contains a vereda, a palm swamp wetland . . . . The discovery of a new species in an urban area, with a habitat linked to a spring used to draw off water shows how little we know of Brazil’s biodiversity,” he reported.

Two traits set E. ana. apart from other species in the genus:

The team is investigating the significance of the wax further, hypothesizing that it serves as a kind of sunscreen. Previous studies evaluating the properties of wax found in other species concluded that the blue coloring serves to reflect the sun’s ultraviolet rays, Dr. Ferreira noted.