Lack of estrogen due to menopause linked to anxiety • Earth.com 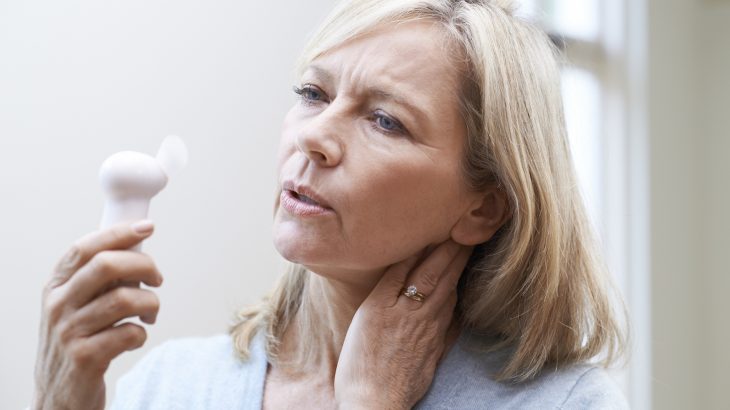 Lack of estrogen due to menopause linked to anxiety

Estrogen is the primary female sex hormone and it’s a key part of the female reproductive system. Menopause causes a decrease in hormones that impact the function of the ovaries leading the eventual end of a woman’s menstruation cycle.

Menopause also lowers estrogen levels in the brain, and a new study has found that this drop in estrogen supply may lead to memory problems and anxiety.

Researchers from Georgetown University, and the Federal University of Ouro Preto in Brazil conducted a study with rats to explore links between menopause and the development of anxiety and impaired memory function.

It was theorized that because estrogen binds to proteins in the brain that are involved with mood, behavior, and cognition, menopause may increase the risk of anxiety related mood problems and forgetfulness.

To test this, the researchers monitored a group of female rats that didn’t have ovaries so as to mirror the effects of human menopause. The rats were given different tests to measure anxiety, short-term memory recognition, and spatial memory.

Menopause impacted short-term recognition and increased anxiety in the rats. Compared to a control group of rats that were the same age, the menopausal rats had higher levels of anxiety but both groups had the same spatial memory ability.

The results, which were presented at the American Physiological Society’s Cardiovascular, Renal and Metabolic Diseases: Sex-Specific Implications for Physiology conference, show that hormonal imbalances due to menopause can cause anxiety and problems with short-term memory.