Exercise may actually be the fountain of youth • Earth.com 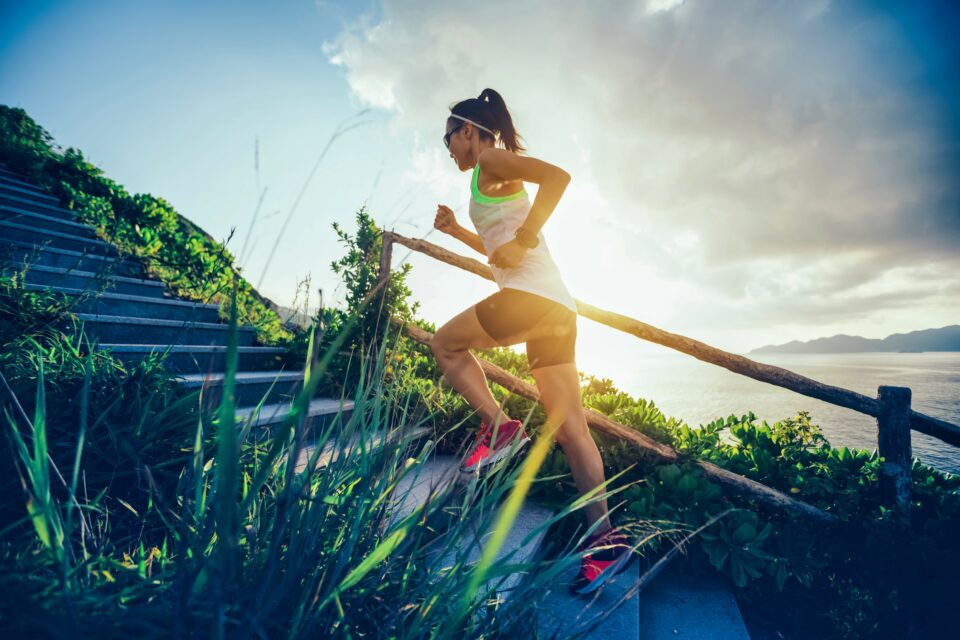 Exercise may actually be the fountain of youth

Imagine if we could reverse the effects of aging simply by exercising. A new study, published in The Journal of Physiology, suggests that exercise may indeed make the muscle cells of lab mice more youthful and may help ameliorate the adverse effects of aging in humans too.

The process of aging involves predictable, progressive changes to cells. During their life, cells express different patterns of genes, and those patterns of expression (epigenetics) are unique to each phase in a cell’s life, from young to old, such that it is easy to identify a cell’s age. Older cells become less able to regenerate, suffer from the shortening of their telomeres and show increasing numbers of dysfunctional mitochondria. Eventually, these accumulating conditions lead to a loss of cellular function and to cell death.

However, it is possible to rejuvenate aged cells and make them “act young” again. For example, a human ovum may be over 30 years old before it is fertilized, at which time it becomes reprogrammed to form numerous pluripotent cells that give rise to a new individual with “young” cells.

Initially, scientists imagined that many genetic factors must be involved in turning back the hands of time like this, but in 2006 a study by Dr. Kazutoshi Yamanaka and Dr. Shinya Yamanaka showed that it was possible to reprogram cells in this way using just four master genes named Oct3/4, Klf4, Sox2 and c-Myc, often abbreviated to OKSM. These four reprogramming factors are often called the Yamanaka factors.

The four protein transcription factors can make highly specialized cells (such as skin cells) revert back to stem cells, which are in a younger and more adaptable state. Dr. Shinya Yamanaka received the Nobel Prize in Physiology or Medicine in 2012 for this discovery. In subsequent research it has been shown that, in the correct dosages, inducing the Yamanaka factors throughout the body in rodents can ameliorate the hallmarks of aging by resetting the gene expression patterns such that the cells mimic the characteristics of more youthful cells.

It has long been established that exercising has beneficial effects for people, in terms of increased strength of bones and muscles, improved mobility and endurance, and lower risk of heart disease, diabetes and high blood pressure. But it now looks that exercising may help rejuvenate the epigenetic nature of cells as well. In previous research, mice nearing the end of their life-spans were given weighted wheels on which to run, thus ensuring that they built up muscle while they exercised. After two months of regular weighted wheel running, their muscle cells had the epigenetic age of mice eight weeks younger than sedentary mice of the same age.

Based on these findings, the authors of the current research decided to compare the epigenetic (gene expression) profiles in skeletal muscle fibers from mice who had been allowed to exercise late in life and from mice that overexpressed OKSM in their muscles, as well as to genetically modified mice that overexpressed only Myc in their muscles. Of the four factors, Myc is the one induced by exercising skeletal muscle. It is thought that Myc may serve as a naturally induced reprogramming stimulus in muscle, making it a useful point of comparison between cells that have been reprogrammed via over expression of the Yamanaka factors and cells that have been reprogrammed through exercise. This “reprogramming” reflects how an environmental stimulus can alter the expression of genes.

Using global gene expression analysis in the muscle fibers of the different groups of mice, the research team (six of whom are affiliated with the University of Arkansas), found that the factor Myc was elevated in muscle fibers following exercise training in aged mice. Thus, the team concluded that exercise does indeed promote a gene expression profile that is more typical of youthful cells.

While it would be nice to imagine we could someday manipulate levels of Myc in muscles to achieve the rejuvenating effects of exercise without doing the hard work, this would not be the correct approach, explained study co-author Kevin Murach, an assistant professor in the U of A’s Department of Health, Human Performance and Recreation.

First, Myc would not be able to replicate all the beneficial downstream effects that exercise has throughout the body. It is also known that the expression of Yamanaka factors, such as Myc, can trigger cancerous tumors in animals, and rewire the cell so far back that it loses its specific identity. Clearly, there are inherent dangers to manipulating the expression of these factors. Instead, Murach thinks manipulating Myc might best be employed as an experimental strategy to understand how to restore exercise adaptation to old muscles showing declining responsiveness.

Possibly it could also be a means of supercharging the exercise response of astronauts in zero gravity, or of people confined to bed rest who only have a limited capacity for exercise. Myc has many effects, both good and bad, so defining the beneficial ones could lead to a safe therapeutic that could be effective for humans down the road.

Murach sees their research as further validation of exercise as a polypill. “Exercise is the most powerful drug we have,” he said. In this light, it should be considered a health-enhancing, and potentially life-extending, treatment along with medications and a healthy diet.