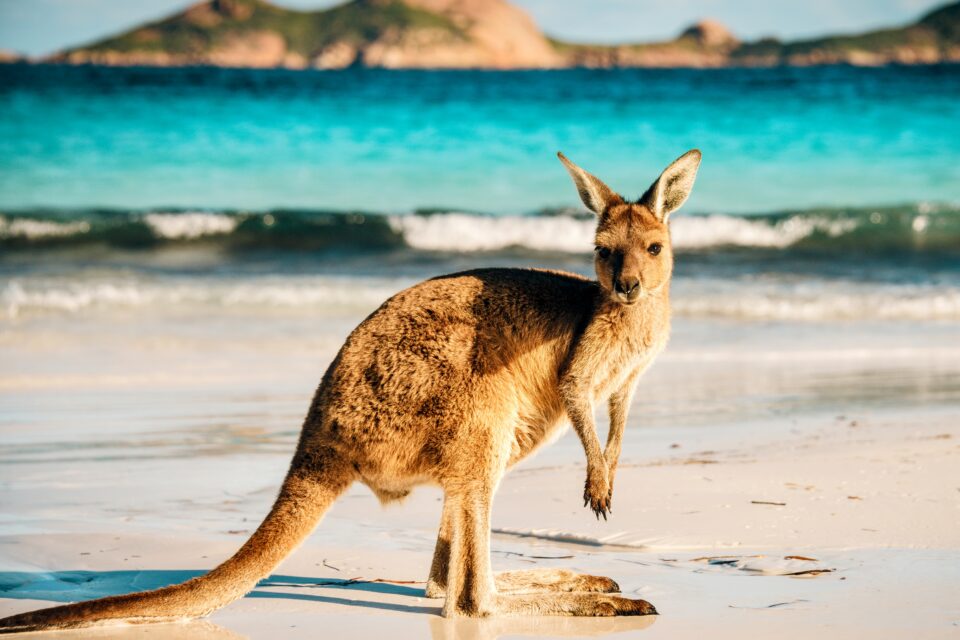 An Australian research team from Flinders University has described a new genus of extinct giant kangaroo from fossil evidence found in the mountains of Papua New Guinea (PNG). The study is published in the journal Transactions of the Royal Society of South Australia.

The kangaroo was first described in 1983 by famous paleontologist, Tim Flannery. The remains, which are 20,000 to 50,000 years old, were found in a paleontology and archeology site in Chimbu Province known as Nombe Rockshelter. Now, the scientists from Flinders have renamed the kangaroo Nombe nombe after the location of its discovery.

“The New Guinean fauna is fascinating, but very few Australians have much of an idea of what’s actually there,” said study co-author Isaac Kerr. “There are several species of large, long-nosed, worm-eating echidna that are still around today, many different wallaby and possum species that we don’t get in Australia, and more still in the fossil record.”

The new description of the kangaroo puts it in a genus separate from those found in Australia. “We think of these animals as being uniquely Australian, but they have this intriguing other life within New Guinea,” said Kerr.

Using 3D scanning and other advanced forms of technology, the scientists were able to take a closer look at Nombe. With these improved observations, the experts now believe that the genus evolved from an ancient lineage of kangaroos dispersing into New Guinea 5-8 million years ago.

Paleontology work has been carried out in PNG by US and Australian scientists in the 1960’s, 70’s, 80’s and into the 90’s, but field work has been halted since then. The paleontologists with Flinders hope to change this, and are undertaking field work in PNG once again.

According to study co-author Professor Gavin Prideaux, the research will go forward thanks to a grant from the Australia Pacific Science Foundation.

“We’re very excited to undertake three palaeontological digs at two different sites in eastern and central PNG over the next three years,” said Professor Prideaux. “We’ll be working with the curators of the Papua New Guinea Museum and Art Gallery and other contacts in PNG, with whom we hope to build some local interest in New Guinean palaeontology.”

Previously, impressive megafauna have been discovered in PNG’s fossil record – not only giant kangaroos but other giant marsupials and more. Who knows what will now be discovered?