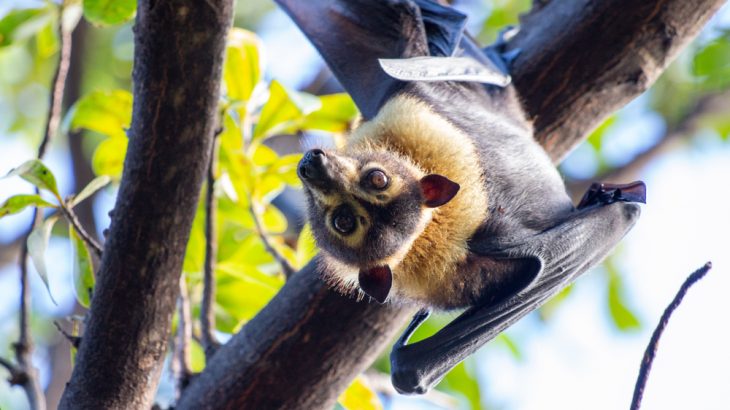 “The growing frequency and intensity of extreme weather events such as cyclones, droughts and floods is causing unpredictable and immediate changes to ecosystems and obstructing existing management efforts,” said Dr. Sean Maxwell of the University of Queensland, who recently led a analysis of more than 70 years of research into how various species respond to such events.

As an example, he pointed to Austalia’s spectacled flying foxes, a species of megabat. During a heat wave that swept over Queensland in November, up to a third of the bats were killed, Maxwell said.

That event shows the importance of research into how animals deal – or don’t – with extreme weather events, he said.

It’s not the only one, either.

“Some of the negative responses we found were quite concerning, including more than 100 cases of dramatic population declines and 31 cases of local population extinction following an extreme event,” he said. “Populations of critically endangered bird species in Hawaii, such as the palia, have been annihilated due to drought, and populations of lizard species have been wiped out due to cyclones in the Bahamas.”

Cyclones top the list of most dangerous extreme weather events for animal species and plants, the researchers found. Birds, fish and reptiles struggled to survive the massive storms.

For mammals and amphibians, though, heat waves and droughts are the most dangerous events. Drought was linked to 12 separate major declines of mammal populations, the researchers found, along with 13 cases of breeding declines among birds.

“The research clearly shows species will respond, often negatively, to extreme events,” Watson said. “As climate change continues to ensure extreme climate and weather events are more and more common, we now need to act to ensure species have the best chance to survive.”

The study has been published in the journal Diversity and Distributions.