Female dolphins have a clitoris that provides sexual pleasure • Earth.com 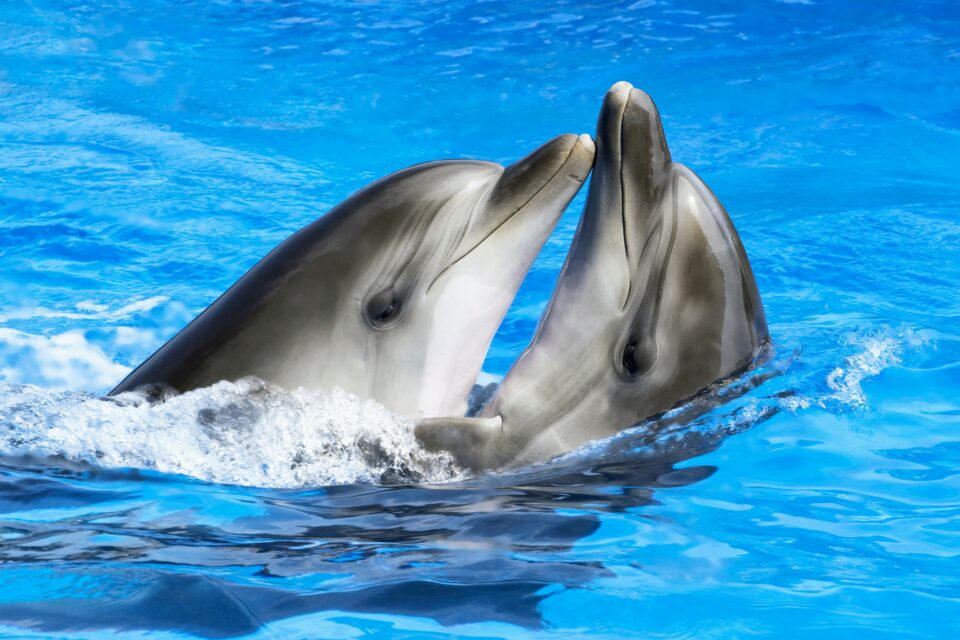 The sexual anatomy of marine mammals is difficult to understand fully because we cannot be present when these animals mate underwater in the world’s oceans. And when scientists do get hold of dead specimens, their sexual organs are usually shriveled and not in a life-like state.

However, in a study published today in the journal Current Biology, researchers from Mount Holyoke College, the University of Florida and Texas A&M University report on their detailed examination of the structure and neurology of the clitoris in female bottlenose dolphins. They explain that female dolphins have a very obvious clitoris that sits at the entrance to the vagina but that there has been little study of this organ or of female sexual pleasure in nature, in general.

The researchers became curious about the function of the clitoris while studying the evolution of vaginas in dolphins. The position of the clitoris in a dolphin’s vagina would make stimulation during copulation likely, and thus the researchers questioned whether the structure of the organ in dolphins would reveal evidence that it functions to produce sensations of pleasure.

“Every time we dissected a vagina, we would see this very large clitoris, and we were curious whether anyone had examined it in detail to see if it worked like a human clitoris,” said study first author Professor Patricia Brennan. “We knew that dolphins have sex not just to reproduce, but also to solidify social bonds, so it seemed likely that the clitoris could be functional.”

Dolphins are among the few mammalian species that are involved in sexual behavior at times when they cannot conceive. This has led to the hypothesis that dolphins may be sexually active not only in the name of reproduction, but also because this brings them pleasure.

Brennan and colleagues examined the clitoris from each of 11 female dolphins that had died naturally. They analyzed the shape and configuration of erectile bodies within the organ, as well as the nature and pathways of nerves that ran through the tissues. Their results supported the hypothesis that female dolphins have a functional clitoris that helps to make the sexual experience pleasurable.

“Just like the human clitoris, the dolphin clitoris has large areas of erectile tissue that fill up with blood,” said Professor Brennan.

The erectile tissue changes shape as dolphins mature, which suggests that it acquires a function that is associated with being an adult. Their studies also show that the clitoris body has large nerves and many free nerve endings right underneath the skin, which is much thinner there than in the adjacent skin. They also found genital corpuscles much like those previously described in the human clitoris and penis tip, which are known to be involved in the pleasure response.

“Since the entire pelvis of dolphins is so different to humans, it was surprising to see how similar the shapes were. Also, the size of the nerves in the clitoris body was very surprising. Some were larger than half a millimeter in diameter.”

This research helps to remedy the situation that the general anatomy of the clitoris in female mammals has often been inadequately or inaccurately described in the past, and the deep structures of the organ have historically been overlooked. In fact, even the human clitoris wasn’t fully described until the 1990s.

“This neglect in the study of female sexuality has left us with an incomplete picture of the true nature of sexual behaviors,” said Professor Brennan. “Studying and understanding sexual behaviors in nature is a fundamental part of understanding the animal experience and may even have important medical applications in the future.”