Shed a light: The evolution of fireless fireflies • Earth.com 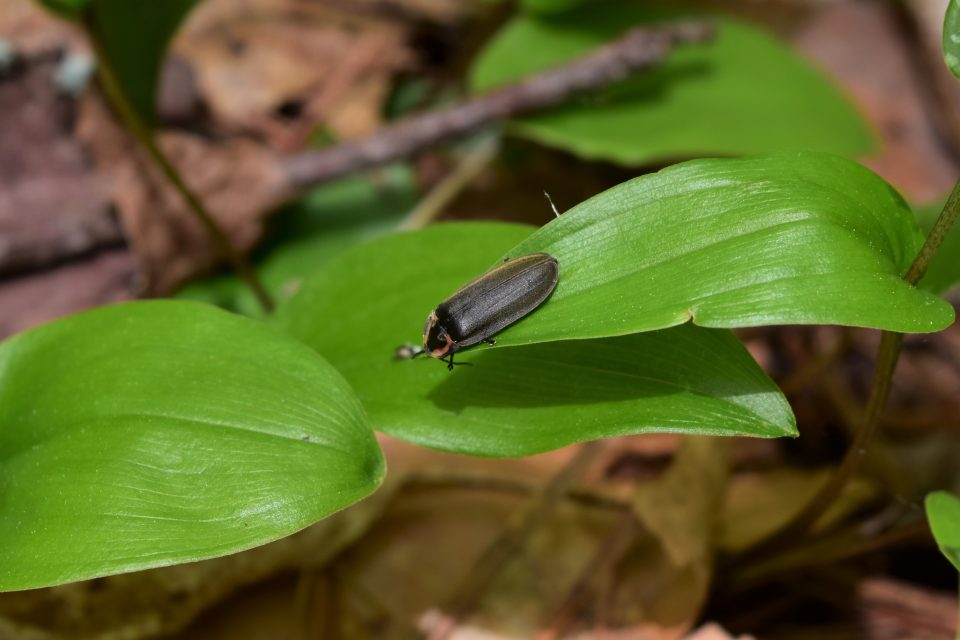 Shed a light: The evolution of fireless fireflies

The 2009 Owl City hit “Fireflies” recently flickered back into the news when a Twitter user queried the group about the plausibility of the lyric “’Cause I’d get a thousand hugs/From ten thousand lightning bugs.”

Did each of the ten thousand beetles in question give him a thousand hugs? Or was the lyricist just bad at math? It’s a bit difficult to give someone a fraction of a hug, though I suppose if you’re an insect, one might make allowances. Adam Young, the creator of Owl City, explained that in fact he received 10 million hugs in total. The members of the beetle (Coleoptera) family Lampyridae referenced in the song are of course the ones that light up the night—or, as the song’s narrative would have it, the entire world. There are some 2,200 species of firefly and they are indeed nearly global in distribution.

But, strangely, many of them don’t actually light up. In North America alone, 25 species are actually diurnal and do not luminesce at all or luminesce very weakly. After all, what would be the point of emitting light when the sun is shining?

Intriguingly, the larvae of nearly all species are known to luminesce and even the eggs and pupae of some species give off light. The use of light signalling in mating, the hallmark of this family, is thought to have evolved from the larval tendency to emit light. In larvae, this is thought to be an aposematic adaptation, intended to warn predators that the organism is distasteful and likely toxic.

The evolution of orgiastic light shows in adults was secondary. Like contemporary diurnal fireflies, ancestral fireflies likely attracted mates by way of pheromones. The elaborately branched antennae in these species attest to their sensitivity to the aphrodisiac fragrances emitted by their potential mates. By increasing the surface area of these sensory organs, they are better able to detect the fragrance of love. In the United States, nearly all species west of the Rocky Mountains are lanternless, or dark, fireflies. Most, but not all, lanternless fireflies lack the light-colored margins on their elytra, or wing covers, that are typical of light-producing species. They do, however, retain the usually reddish pronotum, the shield-like apparatus covering the thorax.

Some species may have evolved from light-producing forms back into pheromone-dependent forms. This appears to have occurred in three separate taxa. The genes for luciferase, the compound that oxygenates luciferin, thereby producing light, have been isolated from the adults of a number of non-luminous species. It has been suggested that this evolutionary path was motivated by the avoidance of nocturnal predators.

Fireflies are distasteful to most predators, from birds to spiders. They produce toxic steroids known as lucibufagins, which are emitted upon stress in a process known as reflexive bleeding. Droplets of hemolymph, or insect blood, containing the chemical are emitted from beneath the pronotum. Anyone who has spent a summer evening catching fireflies will be familiar with the peculiar acrid stink of this chemical.

This, however, is not a deterrent to other species of firefly. In fact, some actually rely on other species to produce it. When they eat the other species, they retain the chemical and become poisonous themselves. Fireflies of the genus Photuris are notorious for this practice. Females of the species mimic the light signals of females of the genus Photinus, thereby attracting Photinus males, which they devour. A 2006 SUNY Cortland study suggested that the species Lucidota atra, among others, evolved diurnal habits to avoid the fate of Photinus.

The shedding of light-producing capabilities has not been complete in all diurnal species. Some that inhabit dark woodlands produce weak luminescence. This luminescence is thought to be a supplementary signalling capability in some of these species. While they are primarily attracted to pheromones, upon approach, weak light signals may play a part in mating.

Some that fly mostly during the day, but also during evening hours, appear to exhibit similar combinations of pheromonal and light signaling. One species of Lucidota was hypothesized to use its light signals only underground. The male of the species possesses small light-producing organs and has been known to glow occasionally in captivity, but has never been observed to do so in the wild. The female is a so-called glowworm. She is larviform—meaning that she is flightless and retains larval characteristics. She lives in a burrow and the male seeks her out. It is thought that he may emit light only inside her burrow, to seal the deal.

While the spectacular glowing displays of fireflies have made them among the most beloved of insects, it seems that hiding your light under a basket—or losing it entirely—may have its benefits.