Flash floods are set to become much more common in the U.S. • Earth.com 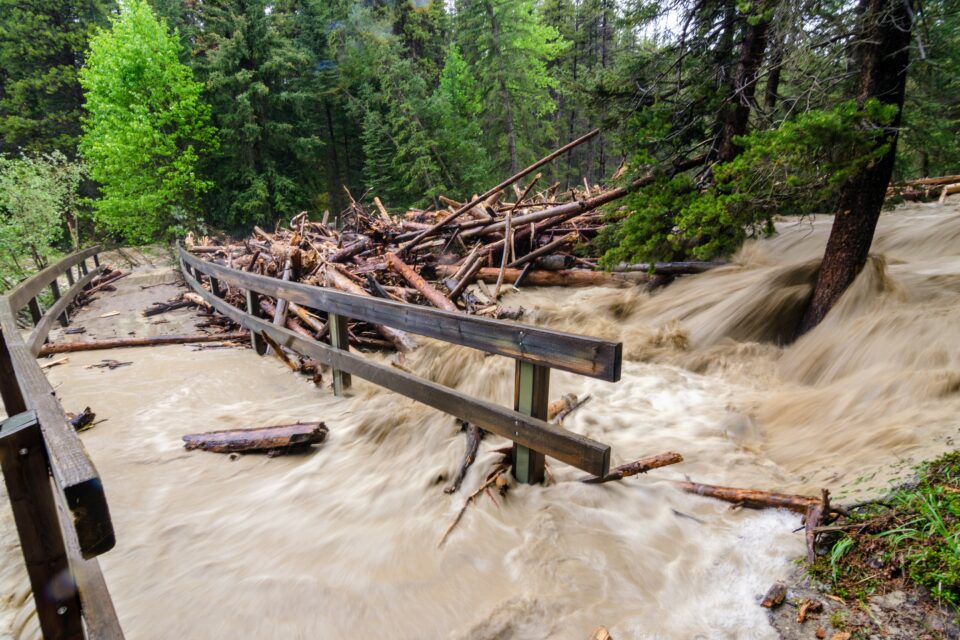 Flash floods are set to become much more common in the U.S.

The latest U.N. report on climate change has revealed that some measures of global warming are now unavoidable. A warming climate will lead to many impacts, such as a change in the frequency of flash flooding events, and the areas in which they occur.

The National Aeronautics and Space Administration describes this as a global problem, felt on local scales. Likewise, experts at the National Oceanic and Atmospheric Administration are providing the data, tools and information to better understand and prepare for climate change.

A research team led by the University of Oklahoma has created simulations that demonstrate widespread increases of flash flooding events across most of the United States.

“This study builds upon the state-of-the-art model (EF5/CREST) that is jointly developed by researchers with OU, NASA, and NOAA’s National Severe Storms Laboratory and has initiated collaboration with National Center for Atmospheric Research climate scientists,” said study lead author Zhi Li. “It realizes the concept of ‘Digital Twin in Earth System Science,’ in which one is our living climate and the other one is our future. Climate change never became so real to me until we successfully collaborated on such research.”

“There hasn’t been a real definitive study on what’s going to happen with flash floods in the future,” said study co-author Jonathan J. Gourley. “We didn’t have that robust of an observational record … so, this study helped to fill in that gap. By using some of the rainfall simulations from a convection-resolving climate model and then coupling with our high-resolution hydrologic modeling system, we can see what sort of flash floods would be produced in the future.”

The research team used climate simulations and modeling of a 30-year period from 2070 to 2100. The effect, what the researchers call “flashiness,” describes the likelihood of weather conditions that cause rapid rainfall and lead to flash flooding.

The findings include the following:

Overall, the study revealed that future flash flood-prone regions are moving northward. This means that more people will learn how to better live with these increased events, and also, how to survive.

The researchers urge action, such as mitigation strategies, to curb these extreme climate impacts.

“Now’s the time to start thinking about better flood defenses,” said Gourley. “Of course, decreasing greenhouse gas concentrations would be the ultimate solution, but in the meantime, we can think about ways to reduce vulnerabilities and improve flash flooding safety education.”

The majority of fatalities during flash floods are caused by people entering flooded areas – most often from driving through a flooded roadway. The best way to stay safe during flash flooding events is to stay off the roads and avoid standing water.

The findings are published in the journal Nature: Communications Earth and Environment.