Forensic genealogy can crack cold cases, but where to draw the line? • Earth.com 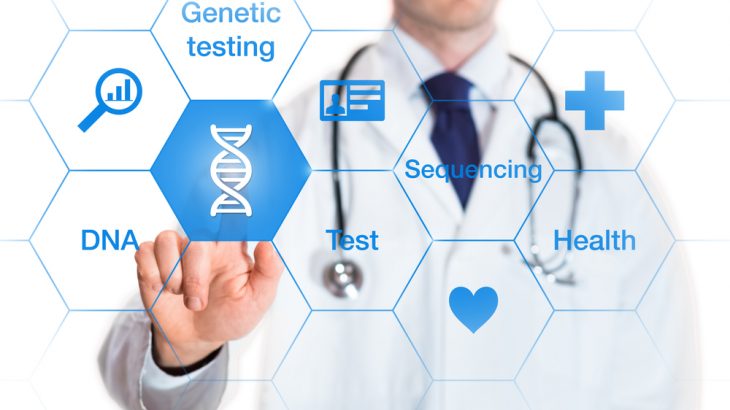 Forensic genealogy can crack cold cases, but where to draw the line?

Forensic genealogy is bringing new life to a hobby that’s been around for more than a century. Crime technicians in California and an innovative company in Virginia have cracked one cold case after another since the technique was first used to track a suspect in the 40-year-old East Area Rapist serial murders in April of this year.

But the new technique is raising some ethical questions about the use of commercial DNA tests. Those questions are about to be amplified as computer scientists work to make searching public DNA-sharing databases easier for law enforcement officials.

“We think when we upload DNA that it’s our information, but it’s not. It’s the information of everyone who is biologically related to us,” Toronto-based family history research Julia Creet told DailyMail.com.

In April, investigators arrested Joseph DeAngelo on suspicion of committing more than 50 rapes and at least 13 murders across California in the 1970s and 1980s. They announced that they’d used an open source DNA site called GEDMatch and forensic genealogy to home in on a suspect.

Police had been tracking the East Area Rapist – also known as the Original Night Stalker, Visalia Ransacker and Golden State Killer, among other nicknames – since the early ‘70s, when a series of burglaries were attributed to the suspect.

They connected the crime sprees in the early 2000s using DNA, but made little headway until they used DNA evidence from one of the crime scenes to create a genetic profile similar to the ones produced by personal DNA tests like 23andMe, MyHeritage and AncestryDNA. They uploaded the results to GEDMatch, then used the potential relatives the site turned up to build a family tree leading back to their suspect.

Since then, investigators have also named a suspect in the NorCal Rapist series. Across the country in Reston, Virginia, Parabon NanoLabs has used forensic genealogy to crack another dozen or so cold cases.

The technique used by genealogists to hunt criminals has been used by adoptees seeking their birth parents for years. But as law enforcement officers arrest suspects and identify John and Jane Does, some are questioning the ethics involved in personal DNA testing.

While AncestryDNA and 23andMe require a subpoena before they will share data with law enforcement, the companies allow users to download their raw data. That information can be voluntarily uploaded to sites like GEDMatch, a public site that anyone can access. Because the two companies don’t share their databases, users looking for additional family members often upload their raw data to other sites.

Those ethical questions are only becoming more urgent as researchers develop a new algorithm that can make finding criminals with forensic genealogy easier.

“There’s a legacy problem in that so many DNA profiles have been collected with this older genetic marker system that’s been used by law enforcement since the 1990s,” senior author Noah Rosenberg of Stanford University told the Daily Mail. “The system is not designed for the more challenging queries that are currently of interest, such as identifying people represented in a DNA mixture or identifying relatives of the contributor of a DNA sample.”

So far, in order to use GEDMatch and other public DNA sharing sites, technicians have had to retest DNA using the same methods as commercial companies. New computer technology is being tested, however, that would convert the data stored in systems like CODIS to a file usable for forensic genealogy.

A team of researchers from Stanford University, the University of California, Davis and the University of Michigan found that they could develop an algorithm that would correctly find DNA relatives for suspects in criminal cases. The algorithm works even though crime labs test far fewer points on the genome than commercial companies do – and even when there is no overlap between the two – the researchers reported in the journal Cell.

“We wanted to examine to what extent these different types of databases can communicate with each other,” Rosenberg said. “It’s important for the public to be aware that information between these two types of genetic data can be connected, often in unexpected ways.”

Another recent study, published in the journal Science, has found that the forensic genealogy technique used to track down DeAngelo and other suspects can be used to identify most white Americans (the most common customers among personal DNA testing companies).

That’s why researchers like Creet are now reminding DNA testers that they’re not just sharing their own unique genetic code. They’re also giving companies and potentially law enforcement access to the DNA they got from their parents, grandparents and more distant ancestors – DNA that could be shared by living people they’ve never even met.

“Your results aren’t just about you, they’re about everyone you’re related to, which is how the police can use your results to track down a criminal who is distantly related to you,” she told the Mail. “We’re not just talking about personal privacy; we’re talking about relational privacy.”

And right now, because the use of forensic genealogy for law enforcement is so new, there are also questions about when and how police should use it.

“Do you want to say that law enforcement should only use these kinds of data to find people who you suspect are perpetrators of very heinous violent crimes: rape, murder, etc.?” Dr. Ellen Clayton of Vanderbilt University said.

Few would argue against using DNA to find violent serial murderers or the families of unidentified murder victims. But what about suspects in non-violent or petty crimes? DNA technology has already improved to the point where “touch DNA” can be used to create a suspect’s profile.

“The use of DNA databases to identify family members who are not themselves in the database raises serious and troubling questions about genetic privacy,” Natalie Ram, a law professor at the University of Baltimore, told PBS. “Individuals who are not directly a part of a database are findable as a byproduct of biology, and not through any voluntary conduct of their own.”