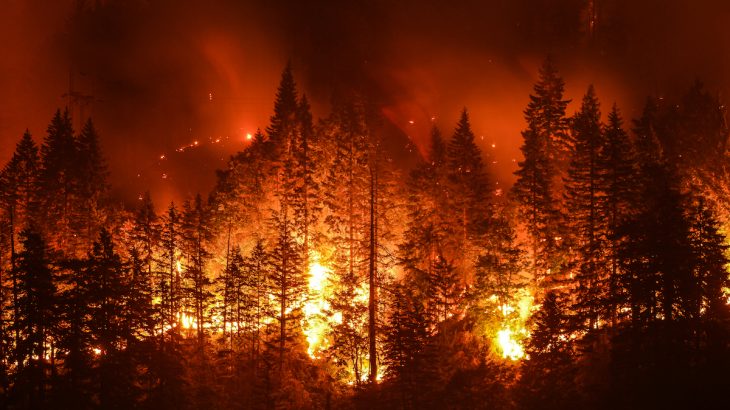 An increase in forest fires means more beetles and woodpeckers

Forest fires, wood boring beetles and woodpeckers often get a bad rap. All three are associated with destruction, either of trees and forests or wooden structures. Of course, all three are actually essential to most healthy forest ecosystems in North America.

Healthy forests are not just areas of dense vegetation, although that is an aspect, but they are also patches of meadows, running streams and rotting logs. Many animals associated with woodlands depend on other habitats besides mature, old growth forests for their survival. This is one reason why fires are helpful for the maintenance of a more biodiverse and healthy forest ecosystem. Not only animals, but plants also sometimes require fires to successfully propagate seeds and open up areas to start growth. Other animals specifically depend on fires to complete their life cycle.

With climate change, the hotter drier weather is predicted to lead to more and more intense fires. The Union of Concerned Scientists points out that we’ve already seen an increase in the number of fires per year. Between 1980 and 1989, there were an average of 140 wildfires in the US, but that number has steadily increased to an average of 250 wildfires between 2000 and 2012. Unsurprisingly, the length of the wildfire season in the US has increased as well. In the 1970s, the average wildlife season lasted 5 months, but today the average season is more than 7 months long. This is driven by earlier snow melt, which in turn leaves forests drier for longer periods of time, leading inevitably to more fires over a longer period per year.

Many beetles in the genus Melanophila are attracted to smoke. The beetles lay their eggs in dead and dying trees, so the smell of smoke is the smell of food for beetle grubs. Fires usually kill trees but leave large amounts of wood intact enough that there’s plenty for the beetle larvae. Interestingly, the wood boring beetles are also helped by bark boring beetles, which may damage or kill a tree, allowing entrance for the former beetle larvae.

A recent paper in Fire Ecology discusses the relationship between fires and the beetles. It’s hard to determine if both beetles benefit from fire or if bark beetles actually make way for wood boring beetles because both are often present. However, when wood boring beetles arrive, they benefit woodpeckers as a food source. It’s easy to make the connection to see how fires are important not just for clearing out areas of dense trees, but they’re also important because they leave the smoldering remains of trees behind for beetles.

After the beetles come woodpeckers. Woodpeckers in their own right are crucial to forest habitats, considered to be ecosystem engineers. It’s not in searching for beetle larvae to eat that woodpeckers engineer the ecosystem, this merely supports large populations of the birds. Woodpeckers excavate holes in wood for nesting sites to raise their young. The holes dug into tree branches are reused after the woodpeckers have left them behind.

Nesting burrows in trees are useful for many other animals, including other birds and small mammals, but they’re in short supply. According to American Forests, 90% of burrows in trees are created by woodpeckers. This of course makes the inadvertent help that woodpeckers supply very important to the ecology of a forest (or in some cases a desert).

Some forests, however, are adapted to burn more thoroughly than others, as the ecology of the long leaf pine forests in the US Southeast are different from other forests. The trees in these forests burn hotter, leaving less standing dead trees, making the beetles and the woodpeckers that eat them less important. But this is an exception to the general rule. Considering this, it’s not surprising that woodpeckers as a group usually have a close relationship to fire.

Bird Note explains that some species of woodpeckers benefit especially from forest fires. Black-backed woodpeckers have plumage to match the ashy hue of burnt wood, they also have behaviors that take advantage of forest fires. Black-backed woodpeckers will form nest colonies within recently burned patches of forest, gorging on the grubs from wood boring beetles and other insects for the few years they’re plentiful before moving on. 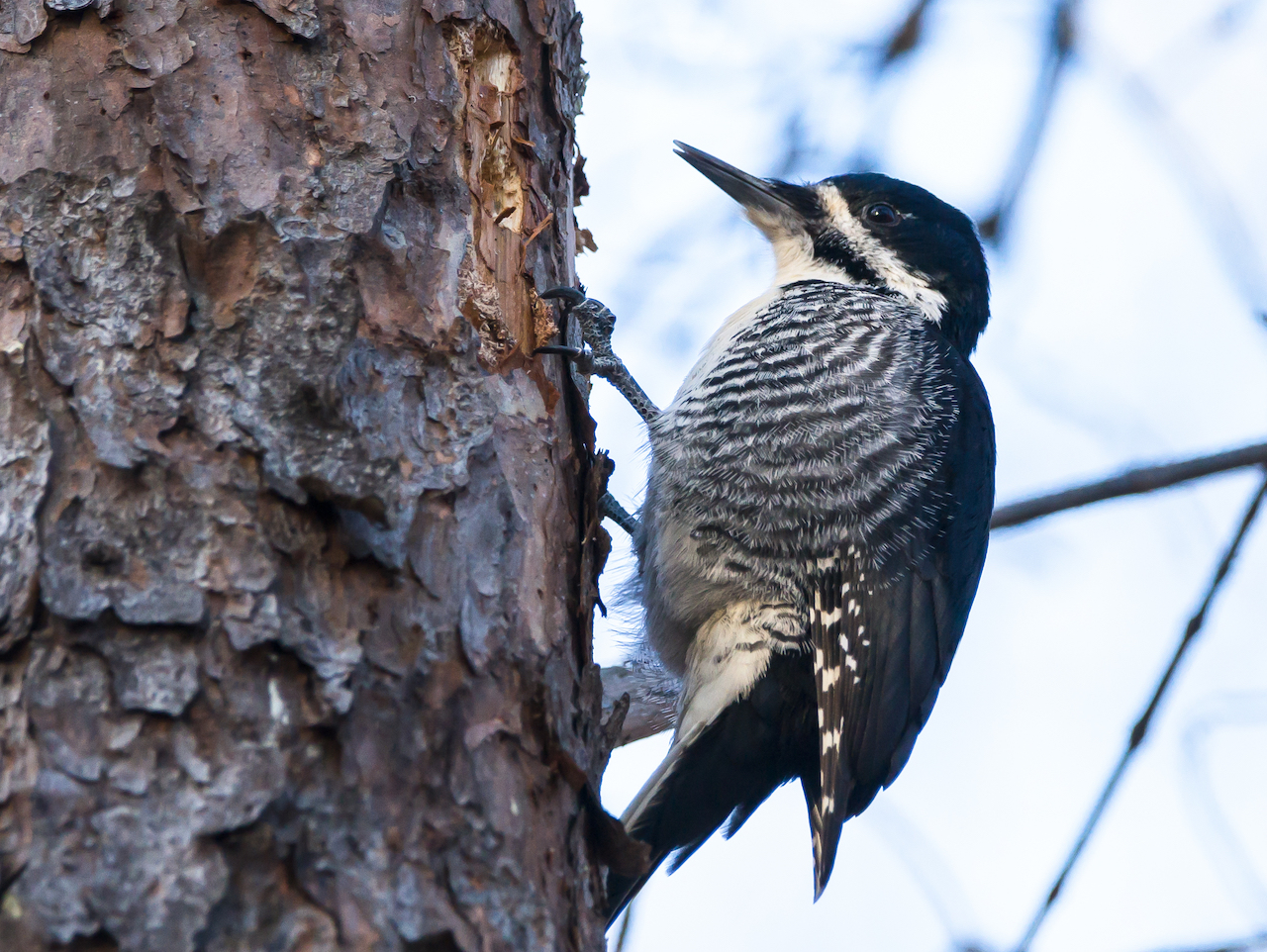 The black-backed woodpeckers favor dense snag areas of severe fires, while Lewis’s Woodpeckers prefer more open areas of severe burns. White-headed woodpeckers may use some amount of burned forest but also depend on live trees for part of their food. These woodpeckers all inhabit different niches in the northwestern forest, forests throughout the US support different species and densities of woodpeckers, with varying dependence on fire.

With a predicted increase in the number of forest fires and the intensity of them in the western US, it’s possible that woodpeckers are the silver lining to the threat of fire. In fact, in some ways decades of fire suppression may partially be to blame for some of the situation (as well as climate change) and more fires are part of a reckoning. But either way, woodpeckers are likely to benefit.