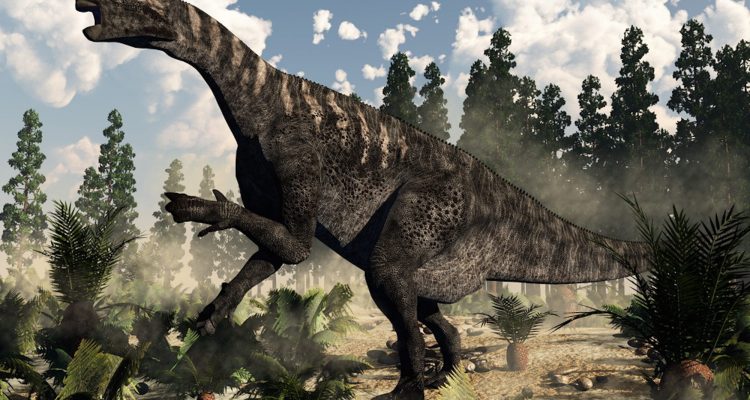 Fossilized dinosaur brain from 133 million years ago found in UK

A fossilized dinosaur brain from 133 million years ago was found in Sussex, England.

Fossil records rarely preserve soft tissue such as brains and hearts. In the past, nearly all study of dinosaur soft tissue has been reconstructed from fossil bones. This recent discovery is thought to be the first time a genuine fossilized brain has been identified.

The approximately 133-million-year-old brain is said to have belonged to a close relative of the Iguanodon, a spike-headed herbivorous dinosaur.

This small fossil was originally discovered in 2004 on the beach at Bexhill-On-Sea in East Sussex, UK and was missing a skeleton to help identify it. Only recently was a team of researchers, including Dr. David Norman of the University of Cambridge and the late Dr. Martin Brasier of the University of Oxford, able to determine it was a fossilized dinosaur brain.

To assist in visualizing very small features of the brain, Professor Brasier partnered with researchers from the University of Western Australia, who helped create high-resolution images of parts of the brain, revealing the outer layers and capillary remnants within the cortex. The brain structure, in particular that of the outer layers, shows remarkable similarity to modern birds and crocodilians, and likely functioned in fairly similar ways.

Dr. Norman said, “Brain tissues are incredibly fragile and it is quite incredible that the animal died in circumstances that uniquely led to their preservation – through a process of ‘pickling’ and then mineral replacement . . . . What we think happened is that this particular dinosaur died in or near a body of stagnant water, and its head ended up partially buried in the sediment at the bottom. Since the water had so little oxygen and was so acidic, the soft tissues of the brain were likely preserved and cast before the rest of its body was buried in the sediment.”

Such fortuitous circumstances are extremely rare in fossilization – this discovery can provide a unique window into the brain of this ancient dinosaur.

The research team presented their findings at the latest meeting of The Society of Vertebrate Paleontology which was founded in 1940 and works tirelessly to “advance the science of vertebrate paleontology throughout the world.”