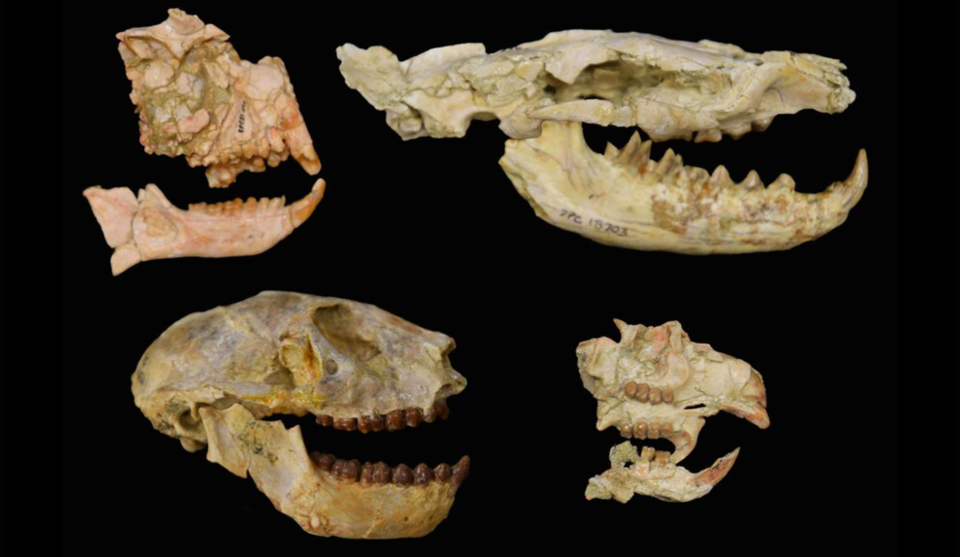 A new study published in the journal Nature Communications Biology has recently reported on a previously undocumented mass extinction event that occurred after the transition from the Eocene to the Oligocene geological period, approximately 30 million years ago.

The event was caused by dramatic climate change that transformed the swampy lands of Africa and the Arabian Peninsula into icy landscapes, and resulted in the extinction of 63 percent of the Earth’s species.

By gathering data on hundreds of fossils from various sites in Africa, an international research team has found that all five mammal groups populating the Earth at the end of the Eocene period suffered massive losses at the onset of the Oligocene. “It was a real reset button,” said study lead author Dorien de Vries, a postdoctoral researcher at the University of Salford.

Although after a few million years, these mammal groups start appearing again in the fossil record, they are not identical with their earlier counterparts. “It’s very clear that there was a huge extinction event, and then a recovery period,” claimed study co-author Steven Heritage, a researcher and digital preparator at the Duke Lemur Center Museum of Natural History.

The scientists found evidence of these changes in the animals’ teeth. The rodents and primates that reappeared after a few million years had different teeth, so they most probably ate different things, and had different habitats. “We see a huge loss in tooth diversity, and then a recovery period with new dental shapes and new adaptations,” reported de Vries.

This pattern of initial decline in diversity followed by recovery confirms that the mass extinction event at the Eocene-Oligocene boundary acted as an evolutionary bottleneck by destroying most lineages, but leaving a few of them survive and later on diversify.

“In our anthropoid ancestors, diversity bottoms out to almost nothing around 30 million years ago, leaving them with a single tooth type,” explained study senior co-author Erik R. Seiffert, Professor and Chair of the Department of Integrative Anatomical Sciences at the Keck School of Medicine of the University of Southern California. “That ancestral tooth shape determined what was possible in terms of later dietary diversification.”

“There’s an interesting story about the role of that bottleneck in our own early evolutionary history. We came pretty close to never existing, if our monkey-like ancestors had gone extinct 30 million years ago. Luckily they didn’t.”