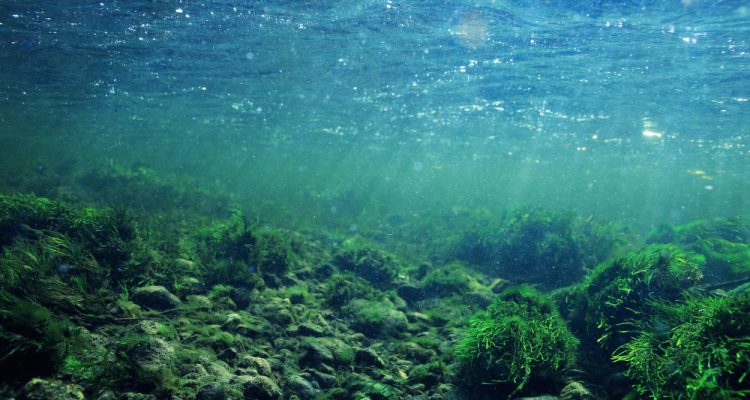 Harmful toxins from freshwater algal blooms are causing worldwide issues in rivers and lakes, and have also contaminated coastal waters.

High levels of this freshwater algae toxin produced by  have been found in the San Francisco Bay. Although harvested shellfish from California’s coastal waters is closely monitored for toxins, there is no routine testing for this toxin, known as microcystin.

The pollutant, which can cause liver damage, is produced by a type of blue-green algae that thrives in warm, nutrient-rich water and is present in many Californian lakes and rivers – including rivers flowing into the San Francisco Bay Delta.

Dr. Raphael Kudela, the Lynn Professor of Ocean Health at U.C. Santa Cruz, led his team to test for microcystin in shellfish after detecting the toxin in San Francisco Bay water samples. The researchers tested mussels sourced from five Bay sites, conducting experiments on mussels and oysters to determine both how quickly the shellfish absorb the toxin and how long it takes to clear from their tissues.

“We found that this freshwater toxin accumulates in shellfish, both mussels and oysters, and that in San Francisco Bay, the toxin levels in some mussels exceed the recommended guidelines for consumption by quite a bit,” Kudela said.

First author Dr. Corinne Gibble, environmental scientist with the California Department of Fish and Wildlife, said the findings show tests for microcystin should be added to existing shellfish monitoring programs.

“There is monitoring of shellfish for marine-derived toxins, but because this is a freshwater toxin, no one has been looking for it. Now it seems microcystin is something we should be monitoring as well,” Dr. Gibble said.

Between May and October there is a state quarantine in place on harvesting mussels for human consumption. The research team has been working closely with state agencies to continually monitor this problem.

“The agencies have been very responsive,” Dr. Kudela commended. “There is potential for this toxin to affect humans, but most of our samples are still below the recommended limits for human consumption, so people shouldn’t panic and think they can’t eat shellfish.”

The most pressing concern is the effect this toxin could have on mammals such sea otters, whose diet consists of shellfish. In 2010, Dr. Kudela reported that microcystin poisoning had killed several sea otters in Monterey Bay.

“This really highlights the connectivity between what people do on land and what happens in the ocean,” he said. “A lot of shellfish farms are downstream from freshwater sources, so we want to raise awareness of this issue.”

Microcystin is becoming a bigger problem around the world due to warming temperatures and nutrient pollution. In the Bay Area, the presence of this toxin caused closures of public swimming areas.

Dr. Kudela suspects the freshwater algae toxin polluting the San Francisco Bay originate from several sources, citing rivers, among others. He believe the California drought has accelerated the problem.

“The rains help by flushing things out. Warm, dry conditions favor these blooms, so we’ve been seeing more of them lately than we would without the drought,” Dr. Kudela said.