Almond-crop fungicide could cause death for honey bees • Earth.com 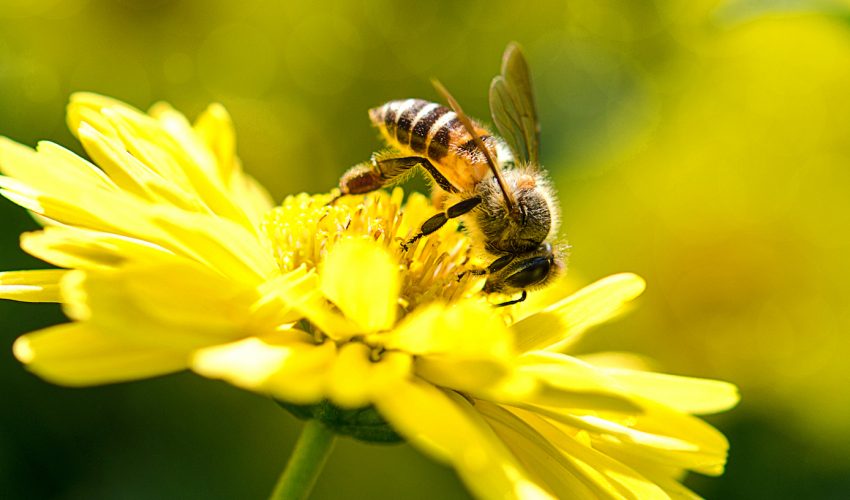 Almond-crop fungicide could cause death for honey bees

The plight of honey bees today is well known and comprehensively studied. We’ve all been taught since grade school about how important bees are to our world, and more recently we’ve been hearing about the growing concern over declining bee populations worldwide.

While there are a multitude of factors for this decline, new research is now coming out in the Entomological Society of America’s Journal of Economic Entomology that points to an almond-crop fungicide as one of the culprits of honey bee death.

The almond industry in California alone produces about 80 percent of almonds consumed worldwide, according to the Almond Board of California – yes, there is an almond board. Growers in these orchards rely on honey bees for pollination of their crops.

According to researchers, the almond fungicide iprodione may lead to a significant reduction in the 1o-day survival rate of forager honey bees (Apis mellifera). The study’s co-author Juliana Rangel, an assistant professor of apiculture in the Department of Entomology at Texas A&M University, explains: “Given that these fungicides may be applied when honey bees are present in almond orchards, our findings suggest that bees may face significant danger from chemical applications even when responsibly applied.”

In order to simulate the mechanics of fungicide crop dusting in the lab, Rangel and her team used a wind tunnel experiment to test the effects of iprodione on honey bee health. They exposed groups of bees to various dosage levels and combinations of fungicides by spraying them and putting them in the wind tunnel at speeds that matched those of aerial crop dusting. Each group was then monitored over a 10-day period.

The researchers found that there was a significant increase in the mortality rate of honey bees exposed to the fungicides. In two of the three trials, bees exposed to the recommended concentration of iprodione died at two to three times the rate of control bees. When combined with other fungicides – boscalid, pyraclostrobine, and azoxytrobin – the effect increased.

It is not entirely understood why these fungicides lead to a shortened life span for the bees. The study’s lead author Adrian Fisher II, a doctoral student in Rangel’s lab at Texas A&M, believes that this is an important step in what will be a much greater process: “Our results may help to encourage discussions on altering spraying regimes or perhaps finding different ways to apply chemicals in such a manner that takes the biology and behavior of pollinators into account.”

It may only take a grade-school knowledge to understand how important bees are for our crops, but it takes work by researchers such as Rangel and Fisher to help keep these bee populations healthy. Hopefully, this type of work will lead to better practices in crop maintenance and a longer lifespan for honey bees everywhere.