Genetics and the environment interact in plant development • Earth.com 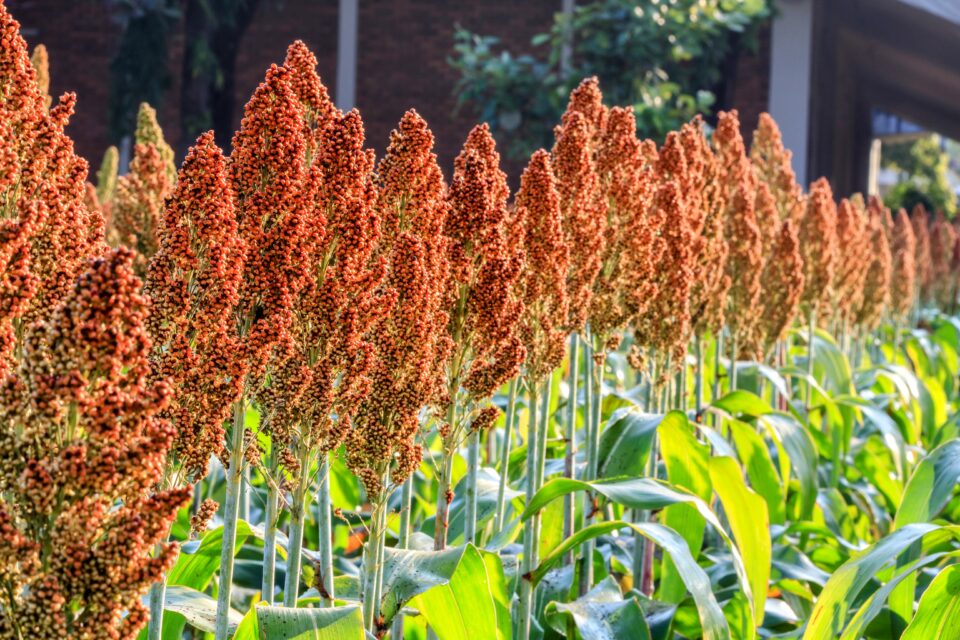 A new study published in the journal New Phytologist has investigated how changes in temperature affect the height of sorghum plants. The research is shedding new light on the mechanisms which determine how genetics interact with changing environmental conditions during crucial developmental stages in plants – a process called “phenotypic plasticity.”

According to a team of researchers led by Iowa State University, understanding phenotypic plasticity will not only shed more light on the mechanisms that play a critical role in plant growth, but will also help plant breeders design more resilient crop varieties that perform well under a variety of environmental conditions.

In order to clarify this intricate process, the scientists examined the growth rate of sorghum, a globally cultivated cereal crop, during a critical stage of development (40 to 53 days after planting), by measuring plant height at several points during the growth season, over multiple years. Then, they applied statistical regression analyses to clarify the relationship between height and diurnal temperature change (the difference in temperature between daytime highs and nighttime lows). The database the researchers used was highly substantial, including 3,500 phenotype records collected in four years, which were further validated with 13,500 records in another four years.

The results suggest that increase in diurnal temperature change tended to produce shorter plants. “We found that these genes actually interact with environmental stimuli and control the maximum growth rate as well as time to reach maximum growth rate,” said study first author Qi Mu, a postdoctoral research associate in Agronomy. “And that eventually determines the final plant height.”

According to Dr. Mu and her colleagues, climate change increases the urgency to understand phenotypic plasticity, since it causes more volatile swings in weather, and thus influences the development of crops. Research into phenotypic plasticity will allow plant breeders to develop more efficient tools for predicting how different types of crops will perform across a variety of environmental conditions.

“With climate change, crops need to adapt to different climates and environments. In order to breed crops that are more adaptive we have to understand the mechanism of how they respond to environments. With that knowledge, we can design resilient crops that thrive in future environments,” Dr. Mu concluded.