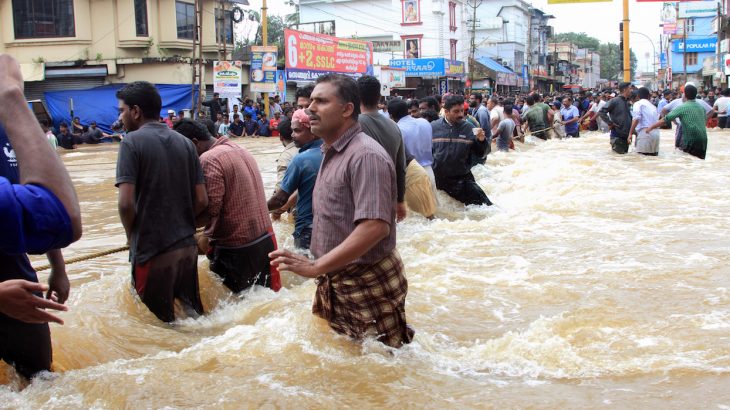 In the world’s poorest countries, global warming decreased potential income earnings per person by 17 to 30 percent.

Researchers from Stanford University conducted the study, and the results show that the gap between countries with the lowest and highest economies is 25 percent larger than it would have been due to climate change.

Climate warming over the past 50 years benefitted colder countries but dragged down warm climate countries.

“The historical data clearly show that crops are more productive, people are healthier and we are more productive at work when temperatures are neither too hot nor too cold,” said Marshall Burke, a co-author of the study. “This means that in cold countries, a little bit of warming can help. The opposite is true in places that are already hot.”

For this study, the researchers wanted to see how economic outputs would have changed given different climate scenarios depending on the country.

The researchers analyzed data from more than 20 climate models and calculated more than 20,0000 annual economic growth rates per country under a no climate change scenario.

The decline in economic growth rate for many warm, low-income countries, is the result of years and years of accumulating impacts from climate change. In India, the researchers found that the economy is 31 percent smaller than it would have been without global warming.

“For most countries, whether global warming has helped or hurt economic growth is pretty certain,” said Burke. “There’s essentially no uncertainty that they’ve [tropical countries] been harmed. It’s a huge loss compared to where these countries would have been otherwise.”

“A few of the largest economies are near the perfect temperature for economic output. Global warming hasn’t pushed them off the top of the hill, and in many cases, it has pushed them toward it,” said Burke. “But a large amount of warming in the future will push them further and further from the temperature optimum.”

The researchers warn that as climate change increases and global temperatures rise, vulnerable economies will be further impacted.

“The more these countries warm up, the more drag there’s going to be on their development,” said Diffenbaugh said. “Historically, rapid economic development has been powered by fossil fuels. Our finding that global warming has exacerbated economic inequality suggests that there is an added economic benefit of energy sources that don’t contribute to further warming.”