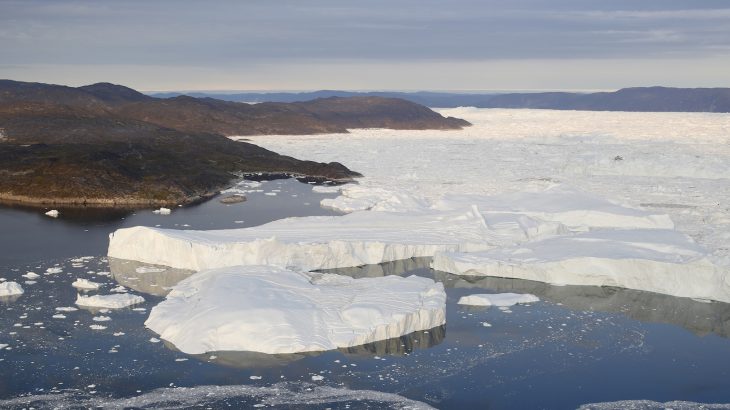 The Jakobshavn Glacier in Greenland is growing again, reversing a 20-year pattern of melting, according to a new NASA study.

The discovery was made as part of the National Aeronautics and Space Administration’s Oceans Melting Greenland project, and the findings were published in the journal Nature Geoscience.

The Jakobshavn Glacier has been the largest source of ice loss from the Greenland Ice Sheet, and since 2012, the glacier started rapidly retreating about 1.8 miles and thinning 130 feet every year.

The waters around the glacier are around two degrees Celsius colder than they were when the glacier was melting at a rapid rate.

While the study’s findings seem like good news overall, indicating that perhaps ocean warming and sea level rise from climate change is not as dire as previously thought, the researchers say that the exact opposite is true.

The researchers warn this trend is only temporary, and Josh Willis, a co-author of the study and climate scientist, said that the results show that ocean temperatures are a major driving factor in glacial retreat.

“The water is warming, too,” Willis told National Geographic. “Oceans are doing a huge part of the work in terms of driving Greenland’s ice melt.”

Willis also said that sea level projections would need to be reassessed given the study’s findings.

Even though temperatures have cooled slightly, the researchers say that conditions will take a turn for the warmer and this will increase melting in Greenland and the Arctic.

The lead author, Ala Khazendar, compared the glacier’s current growth trend to an escalator, saying that ocean temperatures around the glacier are rising slowly, but the North Atlantic Oscillation allowed the glacier to jump down a few steps.

Soon, the Oscillation will flip, and the glacier will shoot right back up to it’s usual melting patterns.

“All this is an indicator of how sensitive glaciers are to ocean temperatures,” Khazendar told National Geographic.