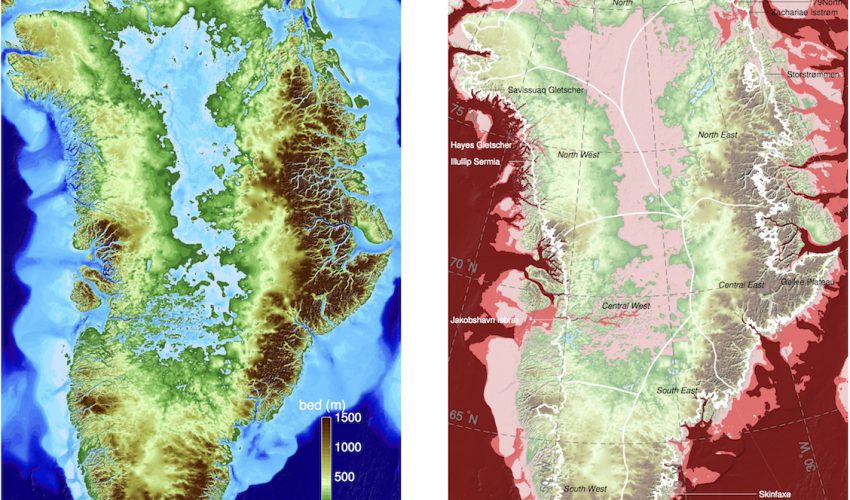 New NASA images of Greenland’s coast have revealed that 2 to 4 times as many glaciers are at risk of melting due than previously thought.

The new maps, created using data from NASA’s Ocean Melting Greenland (OMG) campaign, give a much more extensive portrayal of the seafloor and bedrock beneath the glaciers along Greenland’s coast.

Researchers from over 30 institutions, including NASA and the University of California, Irvine, published some of the most comprehensive topographic maps of the ice sheets along Greenland’s coast.

Bathymetry refers to the shape and depth of underwater areas, which in this case means the depth and mass of submerged glaciers.

The numerous data sources gave the researchers a much more accurate measurement of Greenland’s coast.

The new maps show that climate change has put even more glaciers at risk of accelerated melting. This is because 2 to 4 times more oceanfront glaciers have depths reaching 600 feet deeper compared to earlier maps.

Glaciers at those depths are exposed to water at least 6 to 8 degrees warmer than the water above because deep down the water comes from sources further south.

The warmer water at lower depths means faster melting of glaciers in those areas.

According to the research, the glaciers could cause sea level to rise by 24 feet if they melted completely.

“These results suggest that Greenland’s ice is more threatened by changing climate than we had anticipated,” said Josh Willis from NASA’s Jet Propulsion Laboratory at the California Institute of Technology and the principal investigator for OMG.