Greenland ice caps have been losing mass every year since 1997 • Earth.com 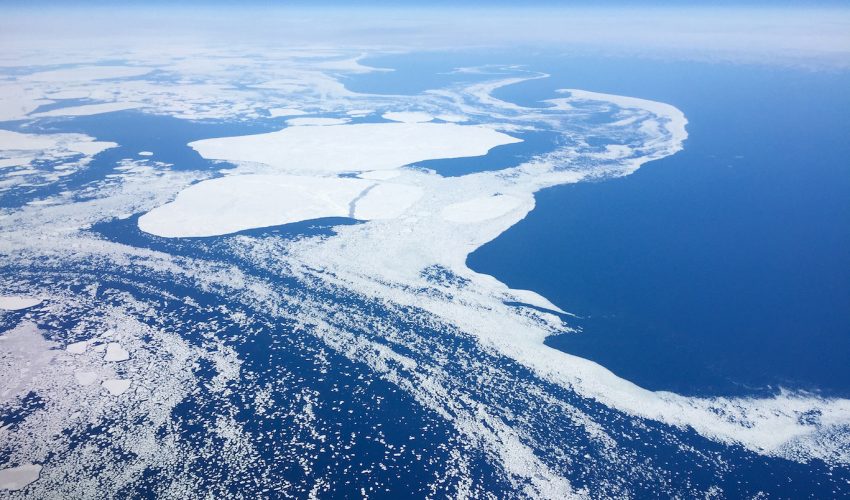 Greenland ice caps have been losing mass every year since 1997

The ice caps around the edges of Greenland cover almost 100,000 square kilometers, making up the largest glacierized area on the planet outside of the large ice sheets of Antarctica and Greenland.

During the summer, a healthy ice cap will absorb meltwater into the depths of its tightly packed snow. In the winter, the water will refreeze and the total mass will remain mostly stable from year to year.

Unfortunately, rising temperatures have caused this cycle to go all out of whack. These days, the amount of meltwater is so significant that the ice caps are now completely saturated with refrozen meltwater, causing new meltwater to run off into the sea.

Concerned by this development, researchers studied 12 separate areas around Greenland. Disturbingly, their data found that every single one of these areas has been losing mass since 1997. They discovered that increases in meltwater run-off range from 17% in the south to 74% in the northernmost area.

Right now, Greenland’s ice caps are losing roughly three times as much mass per year as they were before 1997. Brice Noël, a PhD candidate at Utrecht University and the study’s lead author, expects the meltwater run-off to continue to increase.

What is most worrisome to Noël is that the “melting line” is moving further north, to an altitude where the majority of Greenland’s ice mass is found. Noël says, “The main ice sheet in the interior of Greenland is much more elevated and isn’t doing too bad yet. But we can already see an increase in the altitude of the ‘melting line’ there as well.”

If global warming is to continue – and it shows no signs of stopping anytime soon – the ice caps surrounding Greenland may lose between 20 and 25 percent of their volume by the year 2100. This would mean an extra four centimeters of sea level rise, the consequences of which would reach much further than just Greenland’s ice caps.