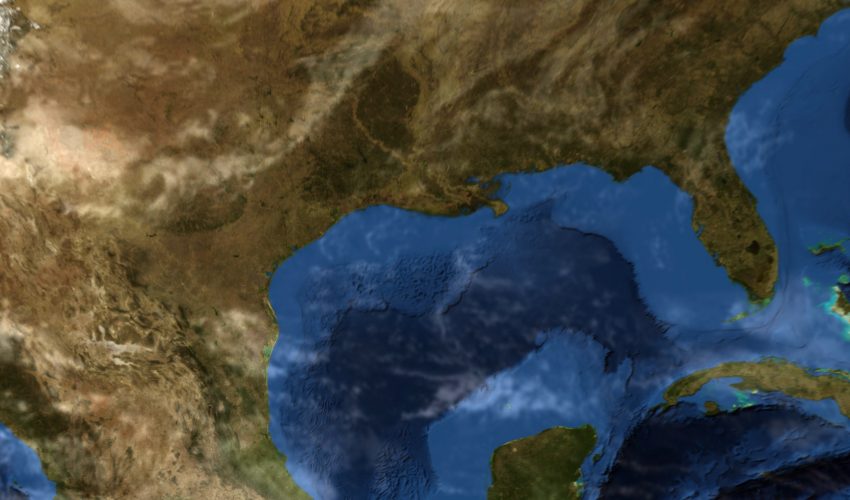 Nitrogen runoff can occur in bodies of water near agricultural areas, where nitrogen-heavy fertilizer leaches through soil and groundwater into waterways, and can cause a number of environmental issues. The biggest problem it causes is usually algae blooms, which can take over an ecosystem and result in the death of many species.

Agriculture around the Mississippi Basin has been a source of nitrogen runoff in the Gulf of Mexico for decades. As of 2017, this runoff had resulted in a “dead zone,” which is a hypoxic zone where the level of oxygen is so low that it can result in the loss of marine life. This dead zone takes up an area of almost 23,000 square kilometers.

In the early 2000s, a task force began studying this dead zone in an effort to determine potential strategies to slow its spread.

Unfortunately, despite the efforts of this task force, the hypoxic zone remains as large as ever. In order to determine what future strategies may need to be employed to combat this dead zone, Kimberly Van Meter and colleagues used modeling to analyze a “business-as-usual” scenario, including 25%, 75%, and 100% reductions in agricultural nitrogen levels.

The results of the study showed that, due to earlier efforts to reduce nitrogen levels, continuing these efforts under the business-as-usual scenario would decrease nitrogen loads by another 11 percent by 2050. But in order to come close to the goal of reducing the hypoxic zone by 5,000 square kilometers by 2050, nitrogen levels would need to be dropped to zero. This is a scenario that the authors say is “not only considered unrealistic, but also inherently unsustainable.” Safe to say, it seems like the dead zone in the Gulf of Mexico isn’t going anywhere anytime soon.